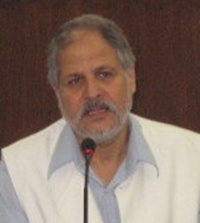 Arvind Kejriwal, who resigned as chief minister of Delhi on Friday, has recommended the immediate dissolution of the assembly and fresh elections for the state in a letter to Lieutenant Governor Najeeb Jung, which the latter has turned down.

The lieutenant governor is understood to have suggested imposition of President's rule and keeping the legislature under suspended animation in case of a stalemate.

The move keeps the option open for the opposition BJP or an alliance of political parties to try and form a government in future.

Kejriwal, after his fiery resignation, was today busy meeting leaders and supporters of his Aam Admi Party at his residence in South Delhi, even as a meeting of the AAP's political affairs committee is scheduled.

Kejriwal resigned just 49 days after his party came to power in Delhi. The immediate casus belli with the Centre was the non-passage of the AAP's pet Jan Lokpal Bill for a corruption watchdog, but the disgruntled ex-CM has also flung several allegations against mainstream political parties like the Congress and the Bharatiya Janata Party along with industrialists Mukesh Ambani, especially over inflating natural gas prices.

The unit of the BJP is also meeting today to decide on the party's further course of action.

'Nightmare is over': BJP Welcoming the AAP government's decision to abdicate in Delhi, BJP leader Arun Jaitley today said it was the ''worst ever'' Delhi state government, and compared it to a nightmare.

"The nightmare is finally over. The worst ever state government that Delhi has ever witnessed has resigned ... thank god, the nightmare is over," the leader of the opposition in the Rajya Sabha wrote on his website.

The Congress, which leads the UPA government at the centre, virtually echoed the views of its main rival. A spokesman for the party called Kejriwal a "negative person, glib talker and smooth liar who was looking at an excuse to run away."

He was never serious about governing the state and his resignation was widely anticipated, Congress spokesperson Sandip Dikshit said he was "basically a negative person" who never did anything serious in his whole life and his chief ministership was a "big drama".

"He (Kejriwal) was looking at an excuse to run away. He tried to subvert the Constitution, and was a smooth liar. He lied in his teeth while attacking the Congress," he said.