Diplomatic logjam as US defends arrest of Indian official 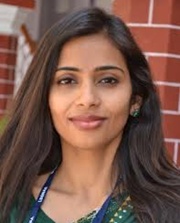 The diplomatic logjam over Indian consular official Devyani Khobragade being handcuffed and strip-searched in the US over allegations of visa fraud, has worsened with India asking the US to return IDs issued to all its consular officers posted in the country.

The move comes after the US defended its barbaric act of hand-cuffing and strip-searching Khobragade, deputy consul general in New York, as standard procedure in that country.

Meanwhile, leaders of political parties and government officials, including home minister Sushilkumar Shinde, cancelled meetings with a senior US Congressional delegation as a mark of protest against the treatment meted out to Khobragade.

India's move may be a precursor to reviewing immunity and benefits enjoyed by US consular officers in India.

Khobragade, a 1999-batch IFS officer was taken into custody on Thursday last as she was dropping her daughter to school and handcuffed in public on visa fraud charges. She was later released on a $250,000 bond after pleading not guilty.

Devyani Khobragade, 39, was arrested in New York on charges of alleged visa fraud and exploiting her housekeeper by not paying her the US mandated wages, which, interestingly, is more than what Devyani gets as salary.

She is also alleged to have made false declarations about the status of the maid servant and her monthly pay.

India, meanwhile, lodged a strong protest against the arrest of the deputy consul general in New York, and has conveyed to the US that such treatment to its diplomat is "absolutely unacceptable".

"It was conveyed in no uncertain terms that this kind of treatment to one of our diplomats is absolutely unacceptable," the Indian embassy said in a statement on Friday after the Charge d'Affaires Taranjit Singh Sandhu met senior officials of the US state department.

Devyani's father Uttam Khobragade, a former IAS officer of the Maharashtra cadre, has sought apology from the law enforcing agencies in New York and the US government.

''It's horrible. They are harassing a good diplomat. How can they arrest Devyani when she was at her daughter's school?'' Uttam asked.

Uttam said that the US attorney (Manhattan's attorney Preetinder Singh Bharara) had breached international law because the case pertaining to the housekeeper Sangeeta Richard was being heard in the Delhi High Court.

''Do they have jurisdiction in New Delhi and India as well? The country which talks much about human rights is itself violating them,'' he said.

He said the Delhi High Court had issued an interim injunction in September to restrain complainant Sangeeta from instituting any actions or proceedings against Devyani outside India on the terms or conditions of her employment.

''I'm happy that the ministry has promised us to resolve the issue and get justice for Devyani.''

She is one of kin of senior bureaucrats who were allotted flats in the society, which is under scanner for usurping land meant for housing defence personnel.

Devyani's father was general manager of the Brihanmumbai Electric Supply and Transport (BEST) undertaking when floor space index (FSI) of a neighboring BEST bus depot was transferred to the society for Rs6 crore.

Since Adarsh had not enough FSI left to build more floors to accommodate extra members, it had sought to buy FSI of BEST depot. The proposal was expedited at all government levels.

While the Bombay high court is hearing the matter, a state-appointed panel has submitted its probe report to the government. The report is expected to be tabled in the ongoing session of state legislature in Nagpur next week.