Former coal secretary PC Parakh has alleged that a coal mafia within the coal ministry controls and directs allocation of coal blocks. 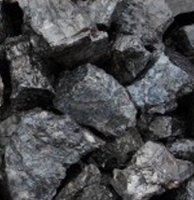 Parakh cited a 2005 instance when the then coal minister Shibu Soren wrote a letter to the prime minister on 7 February 2005 stating ''gross insubordination'' by the coal secretary and seeking the latter's removal on grounds of procedural lapses.

"I have to reluctantly take a view that it may not be appropriate to continue any further with the present secretary (coal). I, hence, request the prime minister to finally consider substituting the present incumbent with a suitable alternative," Soren had written, according to Parakh.

Subsequently, Parakh said, he had written a letter to the then cabinet secretary BK Chaturvedi, in which he had stated, ''The minister (Soren) perhaps has far more knowledge about the operations and strength of the coal mafia as he comes from a state where the stranglehold of coal mafia is the strongest."

Parekh said besides a strong police force to enforce law and order, the governments, both at the centre and states, require ''strong political commitment'' to deal with the coal mafia. This, he said, simply does not exist.

CBI, in its 14th FIR, has named officials of the coal ministry, including P C Parekh and Aditya Birla Group company Hindalco, its chairman Kumar Mangalam Birla and some unknown persons for alleged criminal conspiracy and violation of the Prevention of Corruption Act, in the multi-crore scandal.

Meanwhile, the Associated Chambers of Commerce and Industry (Assocham) has written an open letter to the prime minister, expressing concern over repected industrialists' name being dragged into the coal allocation scam.

Assocham has sought prime minister's intervention to end the "environment of distrust" which had arisen due to "half-baked cases" against industry leaders.

"We find ourselves in a situation where half-baked cases are being slapped against top leaders of the industry and retired bureaucrats based on perceptions, interpretations and mere inferences," Assocham wrote in a letter to Manmohan Singh.

"We fear that more industrialists could be targets of the CBI probes which in all likelihood would not bring out any substantial evidence of any wrongdoing, but the problem is that the reputation of individual enterprises gets jolted," it said.

"Sir, we are afraid, if this environment of distrust continues, the decision making will get further hampered," it said in the letter.

"The CBI cases against well respected industrialists and former senior bureaucrats are... Something we can ill-afford at this point of time when our economy is facing a tremendous loss of investor and consumer confidence," the chamber said.