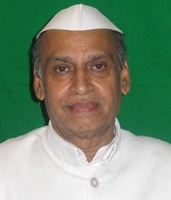 Rasheed Masood, a Congress member of the Rajya Sabha, is likely to lose his seat in the house after a special CBI court in Delhi convicted him of corruption, criminal conspiracy, cheating and forgery in a 1991 case, when Masood was union minister of state for health in the V P Singh administration.

He will be the first legislator to lose his seat under a recent Supreme Court order disqualifying central and state legislators convicted in a criminal case. The apex court had rejected a government plea to dilute the ruling.

Masood had given rise to headlines and derisive articles in the media in July, when he made the ridiculous sounding statement that a person could buy a square meal in Delhi for Rs5 - a comment meant to counter criticism of the Planning Commission's low criterion of Rs28 a day to determine persons below the poverty line.

The special CBI court on Thursday held the 66-year-old MP guilty of obtaining medical college seats allotted to Tripura from the central pool for ineligible candidates in 1990-91, to the detriment of more deserving candidates from the northeastern state.

Masood faces from one to seven years in jail, as the court has not yet passed sentence. But a report says he may plead for probation on grounds of poor health.

Masood, who is from Uttar Pradesh, has also been a candidate for vice-presidency of India and a member of the Congress Working Committee, the party's top decision-making panel.

Central Bureau of Investigation spokesperson Kanchan Prasad said in a statement that investigations in the case were conducted in Delhi, Tripura, Haryana, Andhra Pradesh, Rajasthan, Bihar, Uttar Pradesh, West Bengal, Madhya Pradesh and Pondicherry. "More than 100 witnesses and voluminous records were seized to build up the case against the accused persons," he said.

Masood has been held guilty on similar counts in two other cases. The three cases in which the Congress leader has been convicted form part of the 11 cases registered by CBI in 1996. Besides Masood, the court convicted former bureaucrats Gurdial Singh and Amal Kumar Roy, who was then secretary to Tripura chief minister Sudhir Ranjan Majumdar.

Nine students who had fraudulently got admission in the medical colleges have also been convicted for cheating. Two of them, including Masood's nephew, were juvenile at the time of the offence and their cases were transferred to the juvenile justice board on 25 January 2007.

The Supreme Court had in July ruled that MPs convicted in a case would stand disqualified immediately. Earlier this month, it stood by the order, rejecting the Centre's plea for a review on grounds that it could be misused.

Before this landmark court ruling, convicted MPs could continue in office if they appealed against their conviction within three months.

According to a Times of India report, the United Progressive Alliance government plans to bypass the Supreme Court ruling through an ordinance, so that criminals can continue to rule the country. If this happens, the nondescript Congress factotum Masood may well be back in the house.