The five Maharashtra legislators who thrashed a police officer inside the state legislative assembly on Tuesday were today suspended by the Speaker till 31 December. 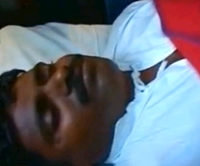 In a shocking example of the extent to which Indian legislators consider themselves above the law, Kshitij Thakur, a member of the legislative assembly belonging to the Bahujan Vikas Aghadi party, moved a privilege motion against Assistant Police Inspector Sachin Suryavanshi for pulling up the MLA for speeding on the Bandra-Worli sea link road.

After moving the motion, Thakur pounced on ASI Suryavanshi, who was in the visitors' gallery in order to reply to the privilege notice – mainly to apologise, according to reports. Four others joined Thakur and bashed the cop so badly that he had to be hospitalised.

Mumbai Police Commissioner Satyapal Singh had on Tuesday said that a case has been registered against Kshitij Thakur, Ram Kadam of the Maharashtra Navnirman Sena (MNS), Rajan Salvi of the Shiv Sena, Jaikumar Rawal of the Bharatiya Janata Party and Pradeep Jaiswal, an independent MLA.

The legislators got enraged after Thakur accused the policeman of breach of privilege and alleged that he had also abused him when he stopped him on the road, where he was reportedly going at 100 kmph – twice the speed limit.

While members cutting across party lines demanded that the cop be suspended, some of them rushed to the visitor's gallery where the policeman was sitting and thrashed him. The police officer was rushed to a hospital on a stretcher.