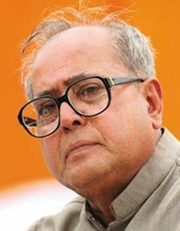 President Pranab Mukherjee yesterday gave his assent to the anti-rape law ordinance to clamp down on crime against women even as a number of women's groups protested the move.

The ordinance, the Criminal Law (Amendment) Ordinance 2013, and based on the recommendations of justice JS Verma Committee, was cleared by the union cabinet on Saturday at the specially-convened meeting, which went beyond the Verma Committee's recommendation by providing capital punishment in those cases where rape leads to death of the victim or leaves her in "persistent vegetative state".

The punishment, in such cases would attract a minimum 20 -year jail term which could be extended to the natural life of the convict or death, the newspaper said quoting sources. According to the sources the discretion would be with the court.

Following the Delhi gang-rape incident, there have been vociferous demands for death penalty, but these have not found favour with the Verma committee.

The committee had therefore proposed the replacement of the word 'rape' with 'sexual assault', which would help include other types of sexual crimes against women.

The ordinance would require changes to criminal law by amending Indian Penal Code (IPC), Code of Criminal Procedure (CrPC) and the Evidence Act.