CAG a statutory authority, not a `munim': Supreme Court

The Supreme Court today dismissed a petition challenging the Comptroller and Auditor General's (CAG) powers to conduct performance audit of the controversial allocation of coal blocks by the UPA government, saying the CAG has been constituted to bring facts before Parliament or state legislatures. 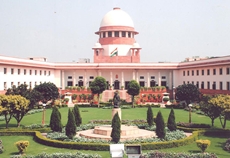 The CAG is not a mere accountant, rather he is a statutory authority created by an Act of Parliament, the Supreme Court observed while dismissing a public interest petition challenging the CAG's authority.

"The CAG is not a munim. He is a constitutional authority who can examine the revenue allocation and matters relating to the economy," the court told counsel Santosh Paul, counsel for petitioner Arvind Gupta.

The CAG is a constitutional authority entitled to review and conduct performance audits on revenue allocations relating to the centre, the states and the union territories a Supreme Court bench comprising Justices R M Lodha and A R Dave said.

The court was responding to the petition filed by one Rakesh Gupta, which argued that the CAG, who is the chief auditor, was wrong in estimating "presumptive" losses of Rs1,86,000 crore to the government due to the ''give away'' of coal blocks to private companies.

According to Gupta, an economist, the CAG has no authority to comment on policy issues, which is the government's prerogative.