The historic lokpal bill for the creation of a central corruption watchdog with constitutional status was introduced in the Lok Sabha today. Its passage in its present form is however far from certain as opposition parties raised a number of objections. 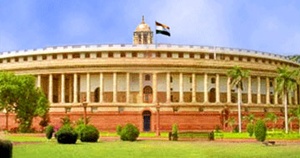 The Lokpal and Lokayuktas Bill, 2011, was introduced along with the constitutional (116th amendment) bill, while the previous lokpal bill 2011, introduced in August, was withdrawn.

But several parties questioned the "haste" and asserted that Parliament should not "succumb" to some individual threatening agitation, a reference to activist Anna Hazare.

Rejecting the contention of "undue haste", the government declared that it was under "no duress" on the issue and it was for Parliamentarians to decide the fate of the Bill.

"If you feel it is not necessary, we will not have it. Legislation is the domain of Parliament. It is not made on the 'dharna manch' or on the streets," finance minister and leader of the house Pranab Mukherjee said.