Russia has announced a ceasefire in the Ukrainean cities of Chernihiv, Sumy, Kharkiv, Mariupol, and Zaporizhzhia from 0700 GMT on Wednesday (9 March) morning, on humanitarian grounds, to carry out evacuation of the civilian population. 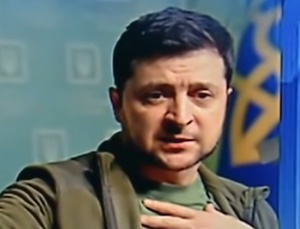 Russia announced the ceasefire for evacuation of the civilian population and said it is ready to provide humanitarian corridors from Chernihiv, Sumy, Kharkiv, Mariupol, and Zaporizhzhia.
Announcing humanitarian ceasefire for Wednesday morning, Russia has declared a “silence mode”.
Russian Federation is declaring a regime of silence and is ready to provide humanitarian corridors, a cell of the Russian defence ministry charged with humanitarian operations in Ukraine said.
Mikhail Mizintsev, the head of the humanitarian coordination centre said Russia again offered Ukraine to agree on the routes for the withdrawal of civilians.
“The said statement should be immediately brought to the attention of the Ukrainian side and proposed by 03:00 [Moscow time, midnight GMT] on 9 March 2022, to agree on the indicated routes and the start time of the humanitarian corridors, as well as submit a written approval of these approaches, including guarantees to ensure security,” Mizintsev said.
Simultaneously, Ukranian President Volodymyr Zelenskyy said he is no longer pressing for Nato membership for Ukraine, a delicate issue that was one of Russia's stated reasons for invading its pro-Western neighbour. Zelensky also said he is open to "compromise" on the status of two breakaway pro-Russian territories that President Vladimir Putin recognised as independent just before unleashing the invasion on 24 February "I have cooled down regarding this question a long time ago after we understood that ... Nato is not prepared to accept Ukraine," Zelenskyy said in an interview aired on ABC News on Monday night.
"The alliance is afraid of controversial things, and confrontation with Russia," the president added. Referring to Nato membership, Zelenskyy said through an interpreter that he does not want to be president of a "country which is begging something on its knees." Russia has said it does not want neighbouring Ukraine to join Nato, the transatlantic alliance created at the start of the Cold War to protect Europe from the Soviet Union.
In more recent years the alliance has expanded further and further east to take in former Soviet bloc countries, infuriating the Kremlin.
These developments come after both sides blamed each other for disrupting humanitarian corridors.
Western countries, on the other hand, allowed their citizens to take part in hostilities in Ukraine.
Earlier on Tuesday, civilian evacuations took place, in particular from the town of Sumy. Moreover, evacuations also took place outside the capital Kyiv.
Meanwhile, Ukrainian foreign minister Dmytro Kuleba has confirmed plans to meet with his Russian counterpart Sergey Lavrov on Thursday.
The humanitarian situation in the country’s besieged cities grew more dire, including in Mariupol, where bodies lay uncollected in the streets and hopes for a mass evacuation of civilians were dashed again.
Two million people — half of them children — have fled Ukraine in the less than two weeks since Russia invaded the country, officials said on Tuesday, as Europe’s worst refugee crisis since World War II grows by the day.
An Ukrainian military official said the country needs air-defence systems most of all. Satellite photos from Planet Labs PBC show a buildup of Belarussian and suspected Russian helicopters at Machulishchy Air Base outside Minsk, Belarus, on Tuesday. And analysts believe flooding north of Kyiv seen in satellite photos likely comes from Ukrainian forces trying to stop the Russian advance.
MORE REPORTS