North, South Koreas get hotline working ahead of historic summit

The two Koreas installed a telephone hotline between their leaders on Friday as they prepare for a rare summit next week between North Korea's Kim Jong-un and the South's President Moon Jae-in in the Demilitarised Zone amid the nuclear standoff. 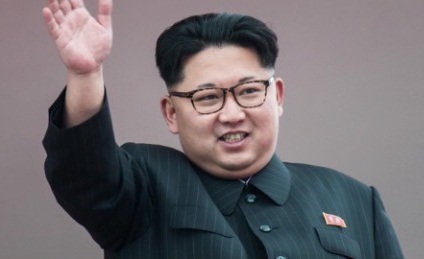 South Korea's presidential office said a successful test call was conducted on the hotline between Seoul's presidential Blue House and Pyongyang's powerful State Affairs Commission. President Moon and Kim Jong-un plan to make their first telephone conversation sometime before their face-to-face meeting at the border truce village of Panmunjom.
South Korean officials say the hotline, which will be maintained after the summit, will help facilitate dialogue and reduce misunderstanding during times of tension.
"The historic direct telephone line between the leaders of the South and North Korea was connected a short while ago," South Korean presidential official Youn Kun Young said in a news briefing on Friday.
"The test call went on for 4 minutes and 19 seconds starting at 3:41 pm with (officials from) both sides speaking to each other ... the connection was smooth and the voice quality was very good. It was like calling the next door," he said.
Geographically the two are next door to each other, but the peninsula has been divided for 70 years, with no post or telephone communications between them for ordinary civilians since the end of the Korean War in 1953.
Kim, a third-generation dictator, is the chairman of the State Affairs Commission, North Korea's supreme decision-making institution that was created in 2016 to replace the National Defence Commission he inherited from his father.
The new body includes the country's most powerful individuals in state, military and party affairs and is seen as crucial for Kim to consolidate his power and centralise governance.
The hotline, which enables direct communications between Kim and Moon, is the latest step in a whirlwind of diplomacy on and around the Korean peninsula, triggered by the Winter Olympics in the South.
The meeting between Kim and Moon will only be the third summit between the rivals since the end of the 1950-53 Korean War and could prove to be significant in the global diplomatic push to resolve the North Korean nuclear crisis. A separate summit between Kim and US president Donald Trump is anticipated in May or June.
North Korea in January reopened a border hotline between the countries after nearly two years of radio silence as the Koreas resumed dialogue following a period of animosity surrounding the North's nuclear weapons and missile tests. The revival of the hotline at Panmunjom came days after Kim, in a New Year's speech, proposed negotiations with the South on easing tensions and the North's participation in February's Winter Olympics in Pyeongchang.
North Korea sent hundreds of people to the southern games, including Kim's sister, who expressed her brother's desire to meet Moon for a summit. South Korean officials later brokered a summit between Kim and Trump.
North Korea's abrupt diplomatic outreach comes after a flurry of weapons tests that marked 2017, including the underground detonation of an alleged thermonuclear warhead and three launches of developmental intercontinental ballistic missiles designed to strike the US mainland.
While South Korean and US officials have said Kim is likely trying to save his broken economy from heavy sanctions, some analysts see him as entering the negotiations from a position of strength after having declared his nuclear force as complete.
Seoul, which shuttled between Pyongyang and Washington to set up the meetings, says Kim has expressed genuine interest in deals to do away his nuclear weapons. But North Korea for decades has been pushing a concept of "denuclearisation" that bears no resemblance to the American definition, vowing to pursue nuclear development unless Washington removes its troops from the peninsula and the nuclear umbrella defending South Korea and Japan.
MORE REPORTS