India on Monday signed a contract with a Slovenian firm for 194 micro-light aircraft to be used by the Indian Air Force, the Navy and the National Cadet Corps (NCC). 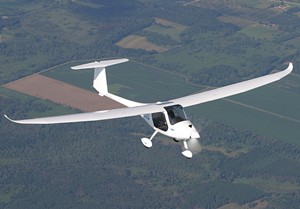 The contract has been signed with Pipistrel for 'Virus FW80'. The Indian version of the aircraft will be known as 'Garur'.

The deal is valued at Rs105.5 crore, defence sources said.

India had first issued a Request for Proposal (RfP) for the micro-light aircrafts in 2011. The aircraft is a two- seater trainer, capable of take-off and landing on prepared as well as semi-prepared surfaces.

Made of advanced carbon fibre material, it is capable of carrying two crew members and their equipment. While 110 of the machines are meant for NCC, air force will receive 72 of these aircraft. The IAF needs these aircraft for carrying out bird reconnaissance of airfields, and their arrival is expected to give a big boost to flight safety.

The Navy too will devote these aircraft to the same purpose, while the NCC will use them for training its cadets, defence sources said. The delivery of the aircraft is expected to commence in the next one year.