Subhash Chandra’s Essel Group has agreed to sell an 11 per cent stake in Zee Entertainment Enterprises Ltd to Invesco Oppenheimer for around Rs4,224 crore, helping the promoters pay off part of the huge debt accumulated over the years. 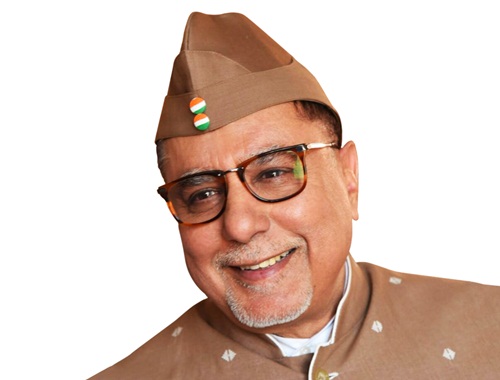 The funds raised will help India’s largest broadcaster buy time with lenders as a standstill agreement the group entered into with lenders expires on 30 September 2019.
The agreement helped to stall lenders, including several mutual funds and non-banking financial companies, from selling Zee Entertainment shares. These shares that make up close to 60 per cent of the promoter holding, were pledged by Chandra to raise over Rs13,500 crore in debt.
Essel Group is also in the process of divesting some of its non-media assets, the statement said. “Essel Group is confident to complete the overall process of repayment, well within the agreed timeline.”
Invesco Oppenheimer Developing Markets Fund will acquire up to 11 per cent stake in Zee from its promoters for Rs4,224 crore, according to a stock exchange filing. One of the oldest investors in Zee group, Invesco already owns 8 per cent stake in the broadcaster.
“The announcement of 11 per cent stake sale of ZEEL to the Fund is a strong step in the overall divestment process, giving the promoters the required fillip to initiate the repayment process.” Oppenheimer Fund already owns 7.74 per cent stake in Zee Entertainment as of June, according to filings with the stock exchange. The deal could increase its stake in the broadcaster to nearly 19 per cent.
The promoters currently hold 35.79 per cent of the company, 64 per cent of which is pledged. After the sale, their ownership could fall to below 25 per cent. Depending on the final number of shares acquired by Oppenheimer, the deal price could yield a 10.5 per cent or more premium to Wednesday’s closing price of Rs361 per share.
“I’m extremely glad to share that the Fund as a financial investor has further reposed its faith in ZEEL,” Punit Goenka, MD and CEO, Zee Entertainment Enterprises Ltd, said.
Mutual funds have the biggest exposure to Essel Group at Rs7,570 crore—the largest being of Aditya Birla Sun Life Mutual Fund, followed by HDFC Mutual Fund, Franklin Templeton Mutual Fund.
A 37 per cent fall in Zee Entertainment’s stock price on 25 January forced the promoters to increase collateral, without which a default would have been triggered prompting a fire sale of shares. Chandra also convinced lenders to give him time till September to sell assets, including his stake in Zee Entertainment, to repay them.
MORE REPORTS