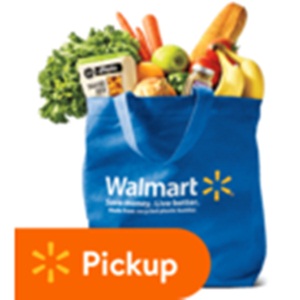 Global retail major Amazon.com’s and Walmart Inc’s plans to expand operations in India and dominate the country’s online retail market received a big blow after the government announced a revised foreign direct investment policy.
Walmart will be the biggest loser after Prime Minister Narendra Modi decided to set his economic priorities straight, and retain more elbow room for small local retailers, the bank stated in a report.
This is because the new FDI policy will create a scenario similar to the one that forced Amazon out of China and might end up with Walmart exiting Flipkart if it can’t see long term profitability.
“An exit is likely, not completely out of the question, with the Indian e-commerce market becoming more complicated,” according to a recent report from Morgan Stanley.
Under the new FDI policy that went into effect from 1 February, e-commerce platforms cannot sell their own products or brands that are directly or indirectly owned by them. E-commerce platforms cannot also hold more than 25 per cent of its sales from private labels. This, according to the retailers, will prevent the platforms from exercising any ownership or control over their own inventory.
At the same time, the government cannot allow retailers to sell own products as per the retail FDI policy and allow them to undercut small local vendors by offering price discounts.
“There is a precedent for an exit as Amazon retreated from China in late 2017 after seeing that the model no longer worked for them,” says the Morgan Stanley report. “We estimate that Flipkart derives 50% of its revenue from this category, meaning Flipkart could face meaningful disruption and top-line pressure in the near term.”
Amazon and Flipkart, which are the biggest online marketplaces in India, have seen drastic fall in sales of about 25 to 35 per cent as they had to remove listing of more reliable sellers like Cloudtail and Appario Retail since 1 February.
Flipkart’s losses may rise 20 per cent to 25 per cent following the changes, according to Morgan Stanley, which said in the report.
Mukesh Ambani could gain from the FDI policy revision and Reliance could probably use the opportunity to make a “grand entry” into e-commerce.
Ambani had last month hinted at joining the e-commerce bandwagon as he mapped out his future strategy, which involves rolling out a shopping platform to 1.2 million store-owners in western India. The company proposed to enlist more neighborhood shops as distribution and delivery centers for products that will be available on its mobile platform, say reports.
MORE REPORTS