American multinational retail corporation Walmart Inc is reported to be in talks to acquire over 40 per cent stake in Indian e-commerce major Flipkart, in what could be one of the biggest overseas deals for retail giant. 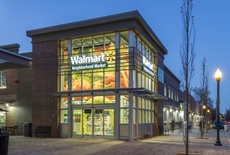 A deal with Walmart would give Flipkart much-needed muscle in its fight against Amazon, which has committed to investing $5 billion in India as it expands aggressively, including into online grocery deliveries.

The report said the US retailer is looking at buying new and existing shares in Flipkart, thereby also infusing fresh capital that would help the Indian e-commerce company fight competition from US e-commerce giant Amazon.

The report quoting unnamed sources also said Walmart will be carrying out due diligence as early as next week.

Flipkart in which Japan's SoftBank Group Corp's Vision Fund last year invested over $2.5 billion for a 20-per cent stake is estimated to have a current valuation in excess of $12 billion.

Walmart has for long been trying to enter the Indian retail market but with Indian rules getting in the way of starting full-scale operations, it has so far been confined to a 'cash-and-carry' wholesale business format.

With over 40-per cent stake in Flipkart, the Bentonville, Arkansas headquartered Walmart with nearly 6,363 stores across the globe could emerge as a fierce competitor to Amazon in India.

Flipkart, which is currently valued at $12 billion, could see its valuations soar.