Cracking the Chinese e-commerce market has not proved easy for Wal-Marteven as it plans to invest even more in its online marketing operations, by taking full control of a Chinese online retailer Yihaodian. 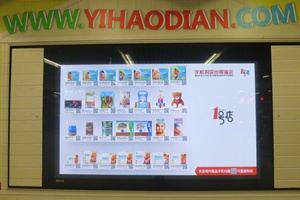 The company today acquired the remaining shares of Yihaodian, after earlier owning 51 per cent in the Chinese company. Though the financial details had not been announced, the move was expected to accelerate Wal-Mart's online expansion in China, according to the US retail giant.

The company's move was made possible by the Chinese government's recent decision to open the e-commerce market to more foreign investment. A Chinese regulator last month removed restrictions that barred foreign investors from taking a 100 per cent stake in any e-commerce operation in the country.

Prior to that, foreign firms like Walmart had to enter into joint ventures with local Chinese players.

Although the company's move could help it tap the vast Chinese market, gaining ground against the existing competition would be tough according to commentators. Other US e-commerce players such as Amazon.com and eBay too had struggled to compete with Alibaba Group, the country's leading online retailer.

In China, Alibaba's Tmall.com site had a 60-per cent market share, as per Beijing-based research firm Analysys International, while Amazon and Walmart's Yihaodian site, however, each had about a 1 per cent share.

According to the Bentonville, Arkansas-based Wal Mart, the company bought the remaining 49-per cent stake from founders Yu Gang and Liu Junling, as also from Ping An Insurance Group. Wal-Mart did not, however, disclose the size of the shareholding held by each party.

Wal-Mart had found it difficult to make headway due to its inability to adapt to local culture and buying patterns in country.

Competition from local retailers and a series of food scandals had hit the company's attempts to boost market share in the country. The company had to shutter some unprofitable stores last year even as it committed to opeing 115 others and investing 370 million yuan ($60 million) in renovating existing locations this year.