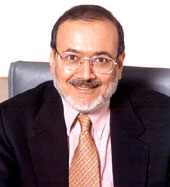 A postal ballot to the shareholders that closed on June 1, 2009 approved the divestment of Wockhardt's animal health division. The transaction is subject to the receipt of the necessary administration approvals, and should take effect in the second half of 2009.

For Wockhardt, this initiative to divest its non-core business is a step towards its continued growth plan and a firm focus on its core human pharmaceutical business. Wockhardt is re-inventing itself by taking fundamentally strong and positive steps by restructuring and rationalising its businesses to raise fresh capital and gain investor confidence. (See: Wockhardt to hive off animal health care business)

Wockhardt is a technology-driven global pharmaceutical and biotechnology major with an innovative multi-disciplinary research and development programme. It has a global footprint including the US, UK, Ireland and France with a multi-ethnic workforce from 14 different nationalities.

Vétoquinol is an independent veterinary pharmaceutical laboratory serving both the companion animal and livestock markets. The 11th largest laboratory in the world, Vétoquinol engages in the research and development, production and marketing of medical and nutraceutical products. The Group currently distributes its products in one hundred countries throughout Europe, North America and Asia, with subsidiaries in 22 different countries and a network of 140 distributor partners.

Wockhardt, which is currently trying to restructure its loans through a corporate debt restructuring, had earlier sold its German subsidiary Esparma to Mova GmbH, a subsidiary of German company Lindopharm GmbH, for Rs120 crore.