A group of US consumers has filed two class-action lawsuits in a New York federal court against Welspun India Ltd alleging that the Mumbai-based textile giant has pulled wool over consumer's eyes by selling cheap cotton sheets and towels by labelling them as made from fine Egyptian cotton. 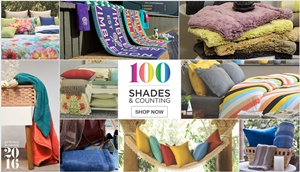 The move comes a few weeks after Target Corp the second-largest discount retailer in the US, and Wal-Mart Stores Inc. pulled all Welspun's Egyptian cotton sheets and towels from their shelves when they discovered that Welspun had not used actual Egyptian cotton in the products from 2014 to 2016 (See: Bed Bath joins Target, other US buyers in Welspun probe). Target, the second-largest discount retailer in the US, terminated business with Welspun, Wal-Mart has said that is working with the company to implement strong controls and better label the products they supply.

Welspun's other big clients like J C Penney Co. and Bed Bath & Beyond are also investigating the products.

According to the lawsuits, Target found that Welspun, which sold its products under the Fieldcrest label, had substituted with another type of non-Egyptian cotton when producing these bed linens between August 2014 and July 2016.''

Other products of Welspun include ''Crowning Touch'' 500 or 800 thread count, ''100% Egyptian cotton'' sheets sold at Walmart and Bed Bath & Beyond.

Despite acknowledging its fault, the lawsuit alleges that Welspun continues to advertise on its own website that its bed linens are ''100% Egyptian cotton''.

Welspun, headed by Balkrishan Goenka, had earlier said that it is adopting new labeling practices and has hired accounting firm Ernst & Young to audit its supply processes.

Welspun stock has taken a beating on this issue and is down by 47 per cent or lost Rs5,078.89 crore of its market cap.