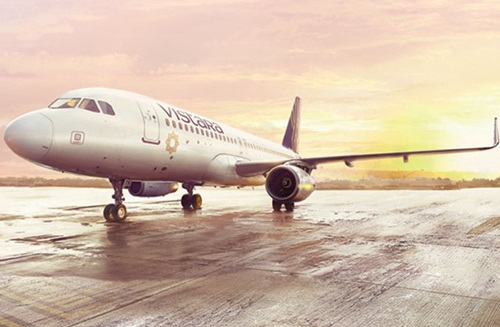 The full-service carrier, a joint venture between Tata Sons and Singapore Airlines Ltd, said it would launch one daily flight from Delhi and one from Mumbai to Singapore.
The Singapore-Delhi flight will begin on 6 August and Singapore- Mumbai flight a day later, on 7 August.
The Delhi-Singapore flight will depart at 11:45 pm and reach at 8:15 am the next day. The return flight will depart from Singapore at 9:00 am and reach Delhi at 12:45 pm.
The Mumbai-Singapore flight will depart at 11:55 pm and reach Singapore the next day at 8:15 am while the return flight will depart at 10:30 am and reach at 1:155 pm.
Vistara said flight bookings open from today for the new international routes with introductory fares starting from Rs15,900.
Vistara, based in Gurgaon, with its hub at Indira Gandhi International Airport, has been making losses in a market dominated by low-cost carriers.
Vistara said the launch of international flights, which will give it greater scale to grow, is part of its path to profitability.
The new services could also ease pressure on international airfares from India, which rose by as much as 32 per cent after the collapse of Jet Airways Ltd in April.
Vistara met the requirement of having more than 20 jets needed to start international flights in June 2018. However, the delay in getting regulatory approvals proved a setback for Vistara at a time when the domestic market was up for grabs.
The airline has also ordered 6 long-range Boeing 787s, which will start arriving from next year, allowing it to fly to more overseas destinations.
Vistara added 6 Boeing Co 737s to its previously all-Airbus SE A320 fleet in order to fill a supply gap following the collapse of Jet Airways, which also pushed up domestic prices. Vistara said it would use the 737s on flights to Singapore.
“We’re excited to start with Singapore as our first international destination, which we see as a very important market given the opportunities it presents for corporate, business as well as leisure travel,” Vistara CEO Leslie Thng said in a statement.
MORE REPORTS