Vodafone Idea, once the largest telecom operator in India, now relegated to third spot, has rebranded itself as ‘Vi’ as it looks to better leverage the combined strength of British telecom giant Vodafone Group and billionaire Kumar Mangalam Birla’s Idea Cellular. 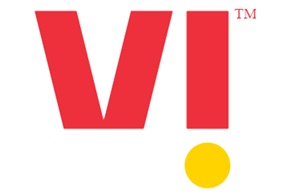 Two years after the two companied announced merger of their Indian operations, Vodafone and Idea have integrated to transform into the new identity - 'Vi'. Ravinder Takkar, MD & CEO, Vodafone Idea made the announcement today.
"In less than two years time we have achieved the mammoth task of world's largest integration. As the integration of the two brands is complete, it’s time for a fresh start," said Takkar during a live webcast.
Vodafone Idea, once the largest telecom operator in the country with over 400 million subscribers, has lost more than 100 million subscribers in recent years to new comer India’s richest man Mukesh Ambani’s telecom venture Jio Platforms as it scaled to the top with its cut-rate mobile data tariff.
Jio Platforms has also attracted over $20 billion in investment from high-profile firms including Facebook and Google in recent months.
"Vodafone Idea came together as a merged entity two years ago. We have, since then focused on integrating two large networks, our people and processes. And today I am delighted to present Vi, a brand that will bring important meaning to lives of our customers. Indians are optimistic and ant to get ahead in life. They would love a credible partner to help them on this journey. Vi's positioning is built around this promise and will focus on meeting the customer needs to help them thrive," said Takkar.
Kumar Mangalam Birla, chairman, Aditya Birla Group & Vodafone Idea, on the launch of the new brand said, "India is the second largest telecom market and the largest data consumer, globally. With 1.2 billion Indians accessing voice and data services at the world's lowest tariffs across 5 lakh villages, the ubiquitous wireless network in India is unmatched for its reach and impact on people's lives. With our new brand - Vi, we stand committed to partner the government to accelerate India's progression towards a digital economy, enabling millions of citizens to connect to the digital revolution and build a better tomorrow."
Vodafone Idea board on Friday had approved a plan to raise up to Rs25,000 crore through a combination of equity and debt instruments. The decision came days after the Supreme Court directed telecom operators to pay 10 per cent of total adjusted gross revenue (AGR)-related dues this year, and the remaining amount in 10 installments, starting next fiscal.
Vodafone Idea has outstanding AGR dues of a little over Rs50,000 crore. It had reported a net loss of Rs25,460 crore for the June quarter after making additional provisions to pay past statutory dues.
While financial infusion is critical for Vodafone idea to survive in the fiercely-competitive Indian telecom market, fund-raising plans are subject to shareholders' nod and other statutory approvals.
The statutory dues arose after the Supreme Court, in October last year, upheld the government's position on including revenue from non-core businesses in calculating the annual AGR of telecom companies, a share of which is paid as licence and spectrum fee to the exchequer.
The rebranding decision comes amid the company’s plans to raise funds. Its board approved fundraising after getting clarity from the Supreme Court on staggered payment of government dues.
MORE REPORTS