Vodafone Idea, which owes the government Rs53,500 crore in adjusted gross revenue (AGR) dues, has now proposed to pay up the overdue amount over a 15-year period. Besides, the company wants the government to refund taxes, cut licence fees and spectrum usage charges and fix a tariff floor if it is to continue operations. 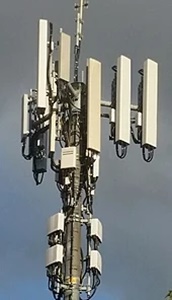 In a letter to the Department of Telecommunications (DoT), the financially stressed telecom operator Vodafone Idea sought the adjustment of the Rs8,000 crore of goods and services tax (GST) refund due to it against its AGR dues
In its letter to the DoT, the finance ministry and Niti Ayog, the telco, which has over 300 million subscribers, said it needs help from the government to stay in business.
The letter was sent a day ahead of a meeting of Digital Communications Commission (DCC) – the highest decision-making body of DoT – which may discuss some steps on providing relief to stressed telcos such as Vodafone Idea.
Vodafone Idea, which had outstanding statutory dues of about Rs57,000 crore, as per DoT’s estimates, has so far paid only Rs3,500 crore.
Vodfone Ida, on the other hand, claims that it owes around Rs23,000 crore, of which Rs7,000 crore is the principal amount.
Vodafone Idea’s letter also calls for a reduction in licence fees and SUC. Telcos annually pay 8 per cent of AGR as licence fees; Vodafone Idea wants this to be reduced to 3 per cent. The industry has been long calling for a reduction in SUC as well, which is paid at 3-5 per cent of AGR. The telco wants it brought down to 1 per cent.
UK-based Vodafone decided to merge its India operations with that of Idea Cellular, another impoverished telecom operator, to stay afloat after a savage price war with newcomer Reliance Jio Infocomm left incumbents badly wounded.
Vodafone Idea has warned of shutting shop unless it gets some relief on its AGR dues.
While the government is working on a relief package to telcos burdened by the AGR dues, it is not know if it will agree to all the demands of Vodafone Idea.
As of now, Bharti Airtel and Vodafone Idea have a combined market share of about 60 per cent of the estimated dues that include interest and penalty for late payments.
MORE REPORTS