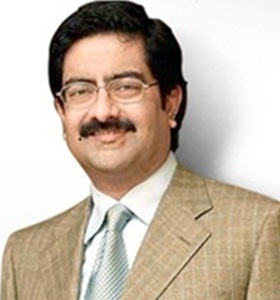 Speaking at the Hindustan Times Leadership Summit in New Delhi, he said the company would have to shut shop if no relief is given to it in the wake of the 24 October Supreme Court (SC) judgement that asked Vodafone Idea and Bharti Airtel to cough up a total of Rs92,000 crore to department of telecommunications (DoT) in three months.
Birla’s comments send Vodafone Idea shares tumbling in early tirade today, slipping 8.5 percent on the BSE to Rs6.69 a share.
Vodafone Idea owes the DoT Rs40,000 crore while it has a cash balance of around Rs20,000 crore.
"They have realised the fact that this is a very critical sector, the whole digital India programme rests on this, and it is a strategic sector. They have publicly stated that they want three players from the private sector and one player from the public sector, so I think we can expect much more stimulus from the government because it is required by the sector to survive. If we weren't getting anything then I think that is the end of the story for Vodafone Idea," Birla said.
Birla’s statement came in response to a question if the company is still hopeful of government relief for the debt-laden telecom sector.
"I think since Nick (Nick Read, Chief Executive Officer of Vodafone Plc, a shareholder in Vodafone Idea) made that statement the government seems to have done a lot,"
Birla was only echoing Read’s comments at a roundtable in London, quoted on 12 November by Bloomberg.
“If you don’t get the remedies being suggested, the situation is critical," Read was quoted as saying by the wire agency. “If you’re not a going concern, you’re moving into a liquidation scenario—can’t get any clearer than that."
Read, however, detracted his statement the next day saying that he had been misquoted, after telecom minister Ravi Shankar Prasad took the company to task for the CEO’s comments.
UK-based Vodafone, however, has written down its investment in the Indian joint venture with Birla group’s Idea Cellular.
Birla said that even though he is hopeful that a situation where the company needs to exit won't happen.
"But, at the same time, if you ask me specifically it is true we will shut shop if we don't get relief. Because there is no company in the world that can pay that kind of fine in three months, it just doesn't work like that," he added.
Birla’s comments sent Vodafone Idea scrip tumbling in early morning trade, slipping 8.5 percent on the BSE to Rs6.69.
MORE REPORTS