Vodafone India, the second-largest mobile operator in the country after Bharti Airtel, has revived its listing plans with an initial public offer of shares worth $2 billion to $2.5 billion, say reports. 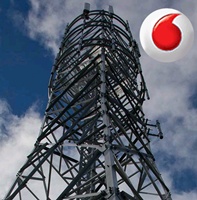 The Indian subsidiary of the British telecom group has invited banks, including Citigroup, Goldman Sachs and Morgan Stanley, to manage the share float, a Reuters report quoting sources close to the development said.

Vodafone India is expected to raise between $2 billion and $2.5 billion (between Rs13.33 and Rs16.66 crore) through the proposed share issue, making it the biggest IPO in India since state-owned Coal India Ltd's $3.5-billion listing in 2010, according to the report.

Vodafone Group had proposed a listing in India as early as 2011, but it delayed plans under adverse market conditions and its own huge tax liability.

Other banks in the Vodafone list for prospective issue managers include Bank of America Merrill Lynch, UBS Group as well as Indian banks ICICI Securities and Kotak Investment Banking, the report added.

The banks have been asked to make their presentations by next week to enable Vodafone award underwriting mandates for the share sale, the report said, adding that about half a dozen banks are expected to join the share offer management.

The offer is expected to value Vodafone India at about $20 billion, according to analysts' estimates.

Vodafone had, in November last, started preparations for the Indian share float.

"We have previously said that we have started preparations for a potential IPO, which includes private conversations with banks, but this is a lengthy process and no decision will be made until we are at the end of it," Vodafone Plc said in a statement issued in London on Thursday.

Vodafone is expected to use the proceeds to buy additional radio spectrum and further expand its operations especially in setting up fourth-generation (4G) mobile broadband data networks to meet the expected demand.

Vodafone entered India in 2007 through a buyout of the majority stake in Hutchison Essar and since 2014 has wholly owned Vodafone India, which operates in a market that has over a billion mobile subscribers – the second-biggest market in the world behind China.

The company's market share in India has increased from 15.6 per cent in 2007 to 18.4 per cent in the latest reported July-Sept 2015 quarter, according to Indian telecoms regulator TRAI. It has about 188.3 million mobile subscribers.