The union government has decided to file an appeal before the Supreme Court contesting a major portion of the Bombay High Court order in the Rs8,500-crore Vodafone call centre case. 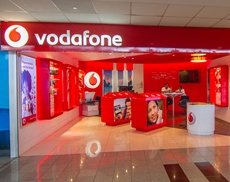 A special leave petition would be filed on the substantial question of law relating to the taxability of the capital gains arising on surrender of call option rights, the Income-Tax Department said in an official tweet on Thursday.

The Bombay High Court had in October 2015 held that surrender of option rights was not a ''transfer'' under the income-tax law (See: Bombay HC annuls Rs3,100-cr tax demand on Vodafone's call centre deal).

In 2007-08, along with the sale of a Hutchison entity-owned call centre business to another domestic entity controlled by Hutchison, there was also a transaction of assignment of call options to an overseas company controlled by Vodafone.

The Income-Tax Department contended that assignment of call option was 'transfer' and added income to the tune of Rs6,200 crore to the taxable income of the call centre unit on this count. There was also an amount of Rs2,300 crore added towards sale of call centre unit.

Revenue secretary Hasmukh Adhia had in October last year said that the Bombay High Court order in this Vodafone case (transfer pricing) would be studied by the revenue department and then a decision would be taken on whether to prefer an appeal before apex court or not. The Centre has now decided to file a special leave petition before the Supreme Court on this matter.

Commenting on this development, Rakesh Nangia, managing partner, Nangia & Co, a CA firm, said that in his view the judgment of the Bombay High Court was quite reasoned and based on correct interpretation of principles of transfer pricing and realm of income chargeable to tax.

However, the controversial aspect of the judgment revolved around classification of call options as an Asset or otherwise, having regard to the amended definition of 'Transfer' under Section 2(47) of the Income Tax Act.

''Given the magnitude of the issue and the stakes involved, the filing of appeal before the Supreme Court was quite expected. The decision of Supreme Court would usher finality to this long pending litigation,'' Nangia told Hindu BusinessLine.