UK telecom giant Vodafone, along with its ally, Max Group chairman Analjit Singh, may jointly buy Essar's 33 per cent stake in Vodafone Essar to comply with India's foreign direct investment rules for the telecom sector, according to a report. 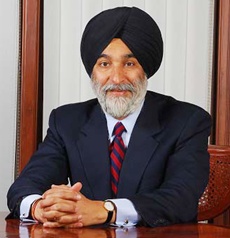 Vodafone, which holds about 60 per cent in Vodafone Essar, has the option to buy Essar's entire stake by May this year. However, rules allow the London-based company to hold only up to 74 per cent stake in its Indian venture, and it requires a domestic partner to hold the remaining stake.

According to The Economic Times, a source close to Vodafone Essar said that the British company already has an arrangement in place, under which it can take the help of Singh, its minority Indian partner.

The Delhi-based industrialist holds about 7 per cent stake in Vodafone Essar.

The source added that Vodafone directly and indirectly through its nominee shareholder Singh can buy Essar's entire stake, and this can be done without breaching the rules in the telecom sector.

Ben Padovan, spokesperson of Vodafone in London, said that the company doesn't foresee any issue with the FDI guidelines. He, however, declined to comment on the possible arrangement with Singh to buy Essar's stake. Analjit Singh, who has interests in healthcare and insurance, denied the development.