Videocon ties up with Microsoft for Windows TVs

Seeking to make inroads into the premium market, consumer electronics maker Videocon has tied up with technology giant Microsoft to launch Windows-based smart television sets. To start with, it has come up with Windows 10-powered LED TV-cum-computers aimed at professionals and students. 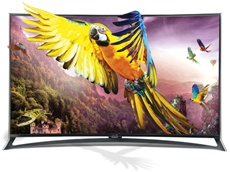 This is the first time that the Mumbai-based consumer electronics company has tied up with a global major. While Videocon has been a dominant player in the tier-II and III markets in the country, of late it has started focusing on increasing its share in the tier-I cities.

"Since we adopted the strategy of coming up with technologically advanced products, we have gained significant market share in the metro cities as well," Akshay Dhoot, head of technology and innovation, Videocon said.

That effort, under Dhoot, a member of the second-generation Dhoot family, promoters of Videocon, is expected to stay. The company recently said it was ramping up its R&D headcount and removing the cap on research & development expenditure for the next three years.

The company now also appears open to tie-ups with technology majors in its bid to trade up as the Microsoft association demonstrates.

The Mumbai-based firm, which currently sells three per cent of its LED TVs on the Android OS platform, is expecting the new Windows-powered TVs to form 5 per cent of their total sales by March 2016.

More tech-savvy products are in the offing, company officials said, across categories such as air conditioners, washing machines, refrigerators etc.

Some ground has been covered with the recent launch of Liquid Luminous TV sets in response to LG's OLED TVs. Air conditioners that can be controlled by apps on smart phones or ACs that can work in extreme weather conditions are some more products that have seen the light of day in the last 12 months.

Dhoot said Videocon holds some 17 per cent market share in television category in India; but industry sources say the company has lagged peers such as Sony, Samsung and LG in high-end flat panel TVs and LG and Samsung in home appliances. However, it remains the leader in CRT and entry-level flat-panel TVs, single-door refrigerators and semi-automatic washing machines, deriving the bulk of its revenues from these segments.