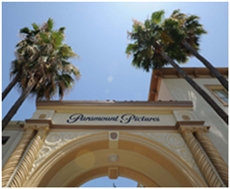 Viacom CEO Philippe Dauman has been negotiating with Wanda, but a potential stake sale in Paramount would depend on the outcome of a bitter court battle between Viacom's management and the company's controlling shareholder, Sumner Redstone, which is not interested in selling any stake in Paramount.

Ailing media mogul Sumner Redstone and his daughter Shari Redstone hold 80 per cent of voting shares of Viacom as well as CBS through their family investment vehicle, National Amusements.

Last week, Viacom urged a judge to fast-track the case and decide whether the Redstone family could oust five Viacom board members, including Dauman.

Sumner Redstone and his family do not see eye to eye with leaders of Viacom, which has seen its stock plummet more than 45 per cent in the last two years. The family controls 80 per cent of the Class A voting shares of Viacom, but holds an economic stake in the company of about 10 per cent.

Sumner Redstone's recent move of adding a prominent Los Angeles litigator, Michael Tu, who specialises in securities law, to his legal team is being seen as the start of a campaign to dump Viacom chairman and Dauman and other members of the board.

''Unless Viacom's board presents a concrete plan that convinces him otherwise, Redstone continues to believe that it is in the best interest of Viacom that Paramount Pictures should remain wholly owned by the parent company,'' a spokesperson for Redstone said in late May.

Paramount is reported to have received interest from several buyers for the 49 per cent stake in the struggling studio, but interested parties have shied away from buying a minority stake, preferring to buy the whole studio.

Founded in 1912, Paramount is the fifth oldest surviving film studio in the world, and America's oldest running studio and is consistently ranked as one of the "Big Six" film studios of Hollywood.

The California-based company is not only a film studio, but is also into television production and motion picture distributor, consistently ranked as one of the "Big Six" film studios of Hollywood.

In 2014, Paramount Pictures became the first major Hollywood studio to distribute all of its films in digital-form only.

Beijing-based Dalian Wanda is the largest operator of theatres in China with a portfolio that includes over 400 theatres and over 6,000 screens as well as large-scale stage show, film production and distribution, entertainment chains and Chinese calligraphy and painting collections.

It also acquired Kansas City-based AMC Entertainment in 2012 in a deal valued at $2.6 billion, in order to create the world's biggest cinema chain.