Vedanta-Foxconn to set up $20 bn chip factory in Gujarat 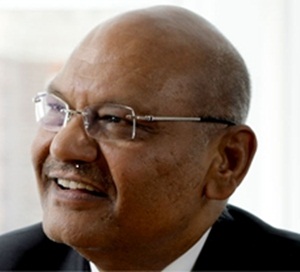 The facility consisting of a semiconductor production plant, a display fab unit, and a semiconductor assembling and testing unit, to be set up near Ahmedabad, will be eligible for government subsidies, including on capital expenditure and electricity.
The plants, which will be set up on a 1000-acre land, will start production in two years, reports quoting Vedanta chairman Anil Agarwal said.
Gujarat chief minister Bhupendrabhai Patel said the venture would create more than 100,000 jobs, and the state was prepared to extend any support to the project, which it won in a close race with neighbouring Maharashtra.
Vedanta, which is looking to diversify into chip manufacturing, will finance the project while Foxconn will provide the technology.
The central government has agreed to increase incentives beyond an initial $10 billion proposed for investments in semiconductor manufacturing, as it aims to become a key player in the global supply chain for chips.
Semiconductor chips, or microchips, are essential inputs of many digital consumer products - from cars to mobile phones and ATM cards. The Indian semiconductor market was valued at $27.2 billion in 2021 and is expected to grow at a healthy CAGR of nearly 19 per cent to reach $64 billion in 2026.
A massive shortage in the semiconductor supply chain last year affected many industries, including electronics and automotive, as none of these chips is manufactured in India.
To cut dependence on imports from nations like Taiwan and China, the government brought a fiscal incentive scheme for manufacturing semiconductors in the country. Vedanta-Foxconn is one of the successful applicants for the Production Linked Incentive (PLI) scheme for semiconductors.
Besides Vedanta’s Gujarat facility, an international consortium ISMC and Singapore-based IGSS Ventures are setting up plants in the southern states Karnataka and Tamil Nadu, respectively.
MORE REPORTS