The Committee of Creditors of debt-laden Electrosteel Steels is understood to have selected the highest bidder, Vedanta, for debt resolution of the company. The Anil Agarwal-promoted Vedanta is believed to have offered close to Rs5,000 crore for the bankrupt steel firm. 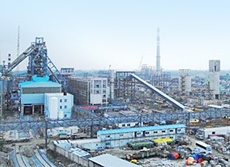 The lenders panel decided to choose mining and resources conglomerate Vedanta as the highest bidder at their meeting on late on Thursday, as advised by the resolution professional.
The resolution professional had received bids from Vedanta, Edelweiss Alternative Asset Advisors, Tata Steel and Renaissance Steel in January this year.
Reports quoting sources familiar with the development said the objections from Renaissance Steel, which had questioned Vedanta’s eligibility to bid, had been overruled. The formalities are expected to be completed early next week.
A resolution for Electrosteel Steels is being worked out under the Insolvency and Bankruptcy Code (IBC).
Against the near-Rs5,000-crore offer by Vedanta, Electrosteel owes lenders close to Rs11,300 crore. However, the lenders decided to finalise the selection of a bidder following a nudge by the National Company Law Tribunal (NCLT) to the committee of creditors (CoC) to meet at the earliest.
The committee also discussed Renaissance Steel’s objections to bids by Tata Steel and Vedanta with regard to their eligibility under Section 29 (A) of the IBC.
Renaissance Steels chairman Abhishek Dalmia had questioned the eligibility of the two bidders for their alleged violation of Sec 29(A) of the Insolvency and Bankruptcy Code (IBC).
The NCLT had admitted State Bank of India’s (SBI) insolvency petition against Kolkata-based Electrosteel Steels on 21 July last year. The case was referred to the bankruptcy court under Section 7 of the IBC following Reserve Bank of India’s intervention.
The nine-month deadline for completion of the insolvency resolution process completion expires on 17 April.
MORE REPORTS