More reports on: In the news, Rio Tinto 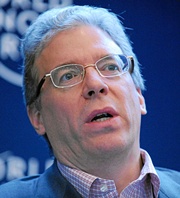 The company paid $38 billion for the acquisition of aluminium producer Alcan Inc in 2007, but metal prices plunged during the global financial crisis and with the company deciding to write down $14 billion from its assets, Albanese resigned in January 2013 (See: Rio Tinto CEO quits after $14-bn write-down).

Bloomberg quoted Paul Gait, a mining analyst at Sanford C Bernstein Ltd, as saying by phone that Albanese was a very experienced mining executive with a long track record in the industry.

He added, that kind of experience was an incredible value especially for a company trying to establish itself a global significance.

Albanese would take up the new position on 1 April succeeding MS Mehta, the company said in a statement today.

According to Vedanta, Albanese would also be appointed CEO of its main operating entity, Sesa Sterlite, from 1 April, PTI reports.

Albanese, 56, has been with Vedanta since September as chairman of its subsidiary Vedanta Resources Holdings Ltd, the holding company of Sesa Sterlite and Konkola Copper Mines.

PTI quoted chairman Anil Agarwal as saying Tom would lead all the businesses of the group companies. He added, the board remained committed to delivering against the group's stated key strategic priorities of optimising its operations, strengthening its balance sheet and further simplifying the Vedanta Group structure.

Albanese said his focus as CEO would be on operational excellence, efficient cost management and sustainability to drive long-term value for the stakeholders. He said he  also looked forward to supporting Anil and the board in implementing the strategic ambitions of the Vedanta Group, PTI reported.

According to industry insiders, the appointment of Albanese as CEO would help Vedanta to reposition itself as a global miner and improve its image.

Although Vedanta ranks among the world's 10 mining firms, it is mostly perceived as an India-focused miner due to the location of its operations in the country.