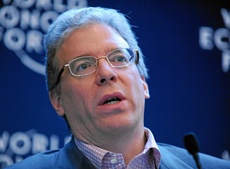 Global mining giant Rio Tinto announced yesterday that its chief executive Tom Albanese has stepped down with the consent of the board with effect from Thursday and the company has appointed its iron ore chief executive Sam Walsh in his place.

The move came following a $14-billion impairment charge in the company's 2012 results on account of its problems in Mozambique, reduction in values of Rio Tinto's aluminium assets and other smaller write-downs, when Albanese was at the helm of the global miner, Rio Tinto said in a statement.

The writedown includes $3 billion relating to Rio Tinto Coal Mozambique, $10-11 billion mostly on account of Rio Tinto Alcan and $500 for the smaller assets. The company said that the final figure will be presented along with the annual results on 14 February.

Along with Albanese, Doug Ritchie, who led the acquisition and integration of Mozambiqe coal assets in 2011, has also stepped down.

Rio Tinto chairman Jan du Plessis said, "The Rio Tinto board fully acknowledges that a write-down of this scale in relation to the relatively recent Mozambique acquisition is unacceptable.''

''We are also deeply disappointed to have to take a further substantial write-down in our aluminium businesses, albeit in an industry that continues to experience significant adverse changes globally,'' Plessis added.