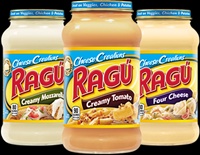 In March, the London-based company had hired Morgan Stanley to help sell Ragu and Bertolli brands, which have an annual turnover of more than $600 million. (See: Unilever seeks buyers for Ragu pasta sauce business)

Ragú, which was introduced into the market in 1937 by New York-based Giovanni Cantisano and his wife Assunta, is the best selling US brand of pasta sauce.

Ragú was acquired by the Lipton and Bestfoods companies before merging with the Unilever portfolio in 1987.

In 1865 in Tuscany, Francesco and Caterina Bertolli started their family olive oil business from a shop in the town of Lucca.

Francesco's five sons took the brand global in the 1890s to the US, Australia, Brazil, Argentina and Africa,

Unilever bought the business in 1994, and has since expanded it into a large range of pasta sauces.

In 2008, Unilever sold its Bertolli olive oil and vinegar business to Spanish food company Grupo SOS for $998 million, but retained Bertolli's brands for all other categories including margarine, pasta sauces and frozen meals.

Kees Kruythoff, president of Unilever North America, said, ''This sale represents one of the final steps in reshaping our portfolio in North America to deliver sustainable growth for Unilever, and enables us to sharpen our focus within our foods business.''

In June 2012, Unilever said it would restructure its business by selling some of its brands and businesses that is not core to its portfolio.

It later sold its PF Chang's and Bertolli frozen meals businesses to ConAgra Foods for $265 million, its global Skippy peanut butter brand in the US and Canada to Hormel Foods for $700 million, and its Wish-Bone salad dressings business to US packaged foods company Pinnacle Foods for $580 million.

''This transaction represents an important milestone in our global expansion strategy,'' Kazuhide Nakano, Mizkan's chairman and CEO, said in a statement.

''We are confident that this transaction allows us to further achieve our objectives of diversification and expansion of our international footprint,'' he added.

Mizkan is Japan's oldest processor of green chile, jalapeño and tomatillo peppers and manufacturers of enchilada sauces for both the branded and private label markets.

Mizkan has recently been looking to expand its business overseas and acquired US jalapeño peppers company Border Foods in 2011, and British food brands Sarson's, Haywards and Dufrais in 2013.