Uber cofounder and chief Travis Kalanick has stepped down as the ride-hailing company's top executive. 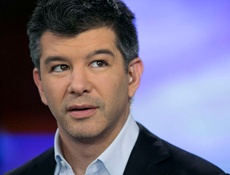 "I love Uber more than anything in the world and at this difficult moment in my personal life I have accepted the investors request to step aside so that Uber can go back to building rather than be distracted with another fight," Kalanick said in a statement obtained by The New York Times early this morning.

Kalanick will continue on the board of Uber's directors.

Kalanick had taken a leave of absence in the midst of a spate of internal scandals including sexual harassment, that had hit the company in recent months. He faced strong opposition from Uber shareholders, and had to step down, The Times reported.

Citing two unnamed sources close to the discussions, Isaac wrote that Kalanick's exit came after "hours of drama" between Uber's major investors, five of whom called for his immediate resignation. The venture capital firm Benchmark had strongly opposed Kalanick according to Isaac. Bill Gurley, a partner at Benchmark, also sat on the board of Uber.

According to The Times, about 30 minutes before Kalanick's resignation news and information website Axiosreported that Gurley and a handful of other Uber investors, including Fidelity Investments and First Round Capital were discussing Kalanick's future.

Meanwhile Susan J Fowler, who joined Uber as a site reliability engineer (SRE) in November 2015 and was among several women who suffered sexual harassment at the company, said in her blog: ''Reflecting On One Very, Very Strange Year At Uber''

''After the first couple of weeks of training, I chose to join the team that worked on my area of expertise, and this is where things started getting weird. On my first official day rotating on the team, my new manager sent me a string of messages over company chat. He was in an open relationship, he said, and his girlfriend was having an easy time finding new partners but he wasn't. He was trying to stay out of trouble at work, he said, but he couldn't help getting in trouble, because he was looking for women to have sex with. It was clear that he was trying to get me to have sex with him, and it was so clearly out of line that I immediately took screenshots of these chat messages and reported him to HR.

"Uber was a pretty good-sized company at that time, and I had pretty standard expectations of how they would handle situations like this. I expected that I would report him to HR, they would handle the situation appropriately, and then life would go on - unfortunately, things played out quite a bit differently.

"When I reported the situation, I was told by both HR and upper management that even though this was clearly sexual harassment and he was propositioning me, it was this man's first offence, and that they wouldn't feel comfortable giving him anything other than a warning and a stern talking-to. Upper management told me that he "was a high performer" (i.e. had stellar performance reviews from his superiors) and they wouldn't feel comfortable punishing him for what was probably just an innocent mistake on his part.''