In a rare instance of creditor vigilantism, lenders led by the State Bank of India succeeded in ousting steel wire-rope maker Usha Martin's chairman Prashant Jhawar for allegedly blocking the company's efforts to sell assets to salvage its deteriorating finances. 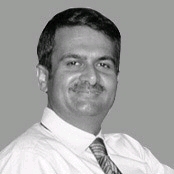 The board of directors of the company appointed former Securities & Exchange Board of India chairman GN Bajpai in his place as the lenders work to prevent their Rs5,000 crore loans to the company from turning into bad loans, reports quoting sources said.

The firm has around Rs5,500 crore of bank loans that have not turned sticky, but are facing stress because of years of losses. Against this, the sale of the company's wire rope business could fetch at least Rs2,500 crore in cash.

The resolution to remove the chairman was moved at the requisition of Venkatachalam Ramakrishna Iyer, the nominee director of State Bank of India (SBI), one of the biggest lenders to the company, reports quoting Debanjan Mandal, partner, Fox and Mandal, representing Usha Martin, said.

Jhawar's removal had nothing to do with the differences within the promoter group, he added.

Jhawar, who is based in London and continues to be a non-executive director, issued a statement saying that he was ''improperly removed'' as the chairman and that the board meeting was held ''without compliance with applicable corporate governance and secretarial standards''.

A majority of the directors present at the meeting voted for the resolution which said Prashant Jhawar was 'not working in the best interests of the company'.

Jhawar and his father BK Jhawar did not attend the meeting. Rajeev Jhawar, a director and a cousin of Prashant, abstained during the vote. Rajeev's father Brij Jhawar too did not participate in the meeting.

''Confidence in the top management is very critical at a time when the company is facing financial crunch," said a banker who did not want to be identified. "If the conduct of the promoter is not satisfactory, lenders have to take steps to rectify it before it is too late."

Prashant Jhawar claimed the board meeting itself was in violation of compliance laws and that he was removed 'improperly'. "No cogent reasons or rationale have been provided for my removal,'' the ousted chairman said in a statement released from London. "Further, this board meeting itself was held without compliance with applicable corporate governance and secretarial standards and therefore BK Jhawar and myself abstained from attending it."

Creditors suspected foul play after Prashant Jhawar placed a Rs1,350-crore proposal from private equity firm Apollo as part of a loan restructuring exercise after the management decided to sell off the wire ropes business to prevent financial deterioration. Since the item was inserted into the agenda just a day before the meeting, some board members suspected the deal was being done with ulterior motive.

In December 2016, a committee of independent directors was created to help the company deleverage its balance sheet and one of the options was to explore the sale of wire and wire ropes business. ICICI Securities and SBI Caps, along with four other international banks, were appointed as consultants for the asset sale.

A committee of independent directors was to oversee the sale. An internal exercise valued the wire rope business at Rs2,500 crore. Both Prashant and the senior Jhawar objected to the valuation, which they felt was inappropriate.

Selling a property worth Rs2,500 crore to recover Rs5,000 crore would also amount to writing off Rs2,500 crore, a decision that ordinary shareholders may not be able to digest.