Century Textiles to hive off cement business, sell it to UltraTech

Century Textiles Ltd will hive off its cement business and merge it with India's largest cement maker UltraTech Cement Ltd, as it looks to pare debt and focus on its real estate business. 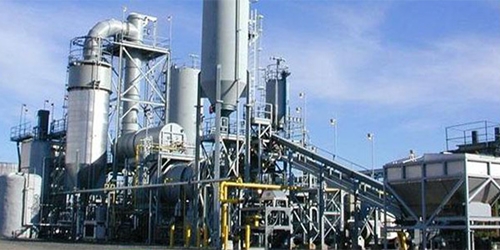 Aditya Birla Group firm UltraTech said it would acquire the cement business of BK Birla Group company Century Textiles and Industries through a share swap deal, a move which would further consolidate its position as market leader in the segment.

The board of directors of UltraTech Cement, at a meeting on Sunday, approved a scheme of arrangement amongst Century Textiles and its respective shareholders and creditors, the Aditya Birla Group firm said in a statement.

According to the scheme, shareholders of Century Textiles will get one equity share of UltraTech for every eight equity shares held, the two companies said in separate filings with the stock exchanges.

"UltraTech will issue 1.4 crore new equity shares to the shareholders of Century, which will increase its equity capital to Rs288.58 crore, divided into 28.86 crores equity shares of Rs10 each," the filings added. The deal pegs the enterprise value of Century Textiles' cement business at Rs8,621 crore, according to BloombergQuint's calculations and the company's investor presentation.

Ultratech will get three integrated cement units of Century Textiles in Madhya Pradesh, Chhattisgarh and Maharashtra with a total capacity of 11.4 million tonnes per annum and a grinding unit in West Bengal of 2 mtpa. The transaction is subject to necessary approvals and is likely to be completed within 6-9 months.

The merger will increase UltraTech's cement capacity to 109.9 million tonnes per year, the third highest outside China. It will allow UltraTech to strengthen its presence in the east and central markets and extending its footprint in the western and southern markets in the country, the Birla Group company said.

In December, Century's board sold the operating rights of its viscose filament yarn business for 15 years on a royalty basis to Grasim, another Aditya Birla group company.

In June last year, UltraTech Cement completed the Rs16,189-crore acquisition of Jaiprakash Associates Ltd's six integrated cement plants and five grinding units, having a capacity of 21.2 million tonnes. Besides, the company is also in the race to acquire debt-ridden Binani Cement and has put its revised offer competing with the Dalmia Bharat Group.