“Your account is now available for use. Please be aware that any additional notices against your account may result in your account being locked again and potentially suspended. In order to avoid this, do not post additional material in violation of our Copyright Policy and immediately remove any material from your account for which you are not authorised to post,” the social media app warned India’s IT minister Shivshankar Prasad after unlocking the account 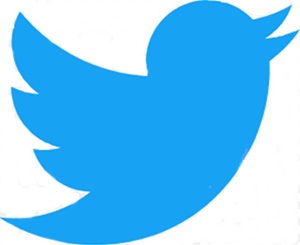 Behave, or else we shut you out, that was Twitter’s initial reaction to Indian authorities trying to bring in regulations for social media platforms that undermine the laws of the land and pretend to be the new age incarnations of the East India Company.
Twitter trained its guns first on India’s communications and IT minister Ravishankar Prasad for bringing in new IT rules that makes the likes of Twitter answerable to its customers for any wrongdoing by the company or its officials. The initial dose was denying Ravi Shankar Prasad access to his account for an hour.
The action, according to the social media platform, followed the minister’s failure to comply with US federal regulations – a quid-pro-quo to the Indian government’s insistence on Twitter following Indian laws in India.
"Twitter denied access to my account for almost an hour on the alleged ground that there was a violation of the Digital Millennium Copyright Act of the USA and subsequently they allowed me to access the account," Prasad said in a series of tweets.
Twitter is based out of the United States and only US laws apply to Twitter, that is what it is trying to prove to Ravi Shankar Prasad.
The social media app unlocked the access to Prasad’s account by posting a warning message, “Your account is now available for use. Please be aware that any additional notices against your account may result in your account being locked again and potentially suspended. In order to avoid this, do not post additional material in violation of our Copyright Policy and immediately remove any material from your account for which you are not authorised to post.”
While the social media platform explained that the minister’s account was frozen following a DMCA notice for content posted from his account the blocked Twitter account was visible for public viewing.
Twitter is asserting its view that when it comes to rules of conduct, Indians, whether President or Prime Minister, should abide by its own rules, or at least the laws of the United States!
It is not just the IT minister who got a dressing down from Twitter, for it also blocked Shashi Tharoor, who is the chairman of the Parliamentary  Standing Committee on Information Technology.
The Congress MP said that he was blocked from his Twitter account for a copyright violation over a video he had posted of a dance performance featuring the song ‘Rasputin’ and referred to the DMCA as 'hyperactive.'
After a series of tweets in which Tharoor called the complaint 'stupid' and 'pointless', he wrote: "As chairman of the Parliamentary Standing Committee on Information Technology, I can state that we will be seeking an explanation from Twitter India for the locking of RS Prasad's and my accounts and the rules and the procedures they follow while operating in India."
Twitter feels that Ravishankar Prasad was all wrong, or even impertinent, when he said, “Twitter's actions were in gross violation of Rule 4(8) of the Information Technology (Intermediary Guidelines and Digital Media Ethics Code) Rules 2021 where they failed to provide me any prior notice before denying me access to my own account.”
The minister also clarified that in the past several years, no television channel or anchor has complained about copyright infringements with regard to these news clips of his interviews shared on social media.
"No matter what any platform does, they will have to abide by the new IT Rules fully and there shall be no compromise on that,” the minister added.
Titter, it seems, is taking revenge after it lost its intermediary status and become liable under Indian laws, including the Indian Penal Code, as it failed to comply with the new IT rules.
“We gave them (Twitter) three months. Others have followed (the rules), they haven't. Rule 7 of the (IT) guidelines says that if you don't comply then under Section 79, you may lose intermediary status and may become liable to other laws, including penal laws of the country,” reports quoted Prasad as saying.
Twitter later aid it is trying to comply with the new Indian rules, but has not done so yet, except saying tat it has appointed an interim compliance officer, who was later reported to have quit the job.
Meanwhile, Twitter is trying to garner support in the bme of “human rights, for which it claimed backing of some “experts from the United Nations” who allegedly claimed that India’s new IT rules are not in conformity with international human rights norms – that "due diligence obligations" placed on intermediaries may lead to "infringement of a wide range of human rights"!
MORE REPORTS