Govt responds over 'Koo'' as Twitter quotes own laws

The union government, on Wednesday responded to the US social media platform Twitter via India's homegrown social networking platform 'Koo' after Twitter started prescribing its own laws to defend its policy of promoting anti-India activities. 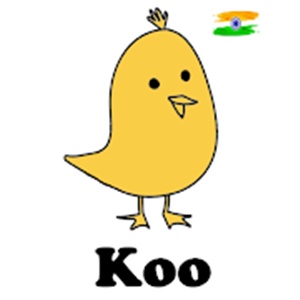 "Upon the request of Twitter seeking a meeting with the government, the secretary IT was to engage with senior management of Twitter. In this light a blog post published prior to this engagement is unusual. Government will share its response soon," the ministry of electronics and information technology said in an interim response on Koo.
The IT ministry had directed Twitter to take out 1,178 Twitter accounts that were being handled by 'Khalistan' sympathiser groups and even 'Pakistan-based' entities for spreading misinformation regarding the farmers' protests.
The government move to take to ‘Koo’ comes amidst an ongoing controversy over the US-based social media platform’s policy of helping social perverts and anarchists to propagate their ideas. Instead of voluntarily removing such anti-national posts by external forces, Twitter tried to quote its rules to defend its action.
Twitter had responded to the government's direction saying, "The platform is guided by principles of transparency and empowering the public conversation."
"If we receive a valid legal request about potentially illegal content on Twitter, we review it under both the Twitter rules and local law. If the content violates Twitter's rules, the content will be removed from the service," news agency PTI quoted a spokesperson of the company as saying.
While the app suspended some 800-odd tweets of the 1,178 anti-India tweets by Khalistani and Pakistani activists, the microblogging site said these tweets will be available outside India.
On Wednesday, Twitter issued a blog saying that it had “withheld a portion of the accounts” but “within India only” and that these tweets “continue to be available outside of India”.
“We will continue to advocate for the right of free expression on behalf of the people we serve. We are exploring options under Indian law — both for Twitter and for the accounts that have been impacted. We remain committed to safeguarding the health of the conversation occurring on Twitter, and strongly believe that the Tweets should flow,” the blogpost further read.
Twitter said, on 1 February, 257 accounts were ‘withheld because of a legal demand’ from the ministry of electronics and information technology and remained unavailable in India for most of the day. They were subsequently restored by Twitter, which pushed back against the blocking in discussions with the government at a meeting the same day.
Following this, the IT ministry served Twitter with a non-compliance notice.
Many accounts will be removed permanently and will not appear in the Trends section as well. However, these accounts will be available outside the country, Twitter said in its blogpost on Tuesday.
Further, Twitter said it had not taken any action on accounts of media, journalists, activists, and politicians as to do so “would violate their fundamental right to free expression under Indian law.
The government directive to Twitter follows last week’s tweets by climate action poster girl Greta Thunberg, pop singer Rihanna and former porn star Mia Khalifa extending support to the opposition-sponsored farmer protests in India.
A 'toolkit' shared by Thunberg revealed an action plan which, the government said, was clearly meant to create ill-will against India. External affairs minister S Jaishankar and ministry officials had responded to these “anti-India” posts by vested interests outside the country.
MORE REPORTS