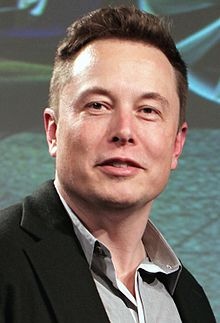 The project was started after two powerful hurricanes devastated Puerto Rico in September, and Musk reached out about Tesla helping.

Musk tweeted earlier this month that some of his company's work is being rerouted so it could "increase battery production for Puerto Rico & other affected areas."

Thanks to the hospital's new system, it can generate all the energy it needs, according to newspaper El Nuevo Dia ,www.npr.org. The facility, which has 35 permanent residents with chronic conditions, also offers services to some 3,000 young patients, the newspaper reported. According to the head of the hospital the bills are currently paid through a donation and after the energy crisis is resolved, a deal could make it permanent.

Meanwhile, Musk said on Instagram that the hospital needed more power than a typical roof installation could provide, and with the system, it would be able to operate completely off the grid.

Puerto Rico has still not fully recovered from the  devastation wreaked last month by Hurricane Maria, which hit the country on 20 September, destroying thousands of homes and cutting power and phone lines. According to governor Ricardo Rossello the death toll from the natural disaster was 49.

Rossello and Musk started discussions on 6 October, when the governor tweeted to the entrepreneur suggesting Puerto Rico could be a ''flagship project'' to ''show the world the power and scalability'' of Tesla's technologies.