The country's largest software exporter's revenue from operations in Q4 came in at Rs 38,010 crore, up 18.49 per cent from Rs 32,076 crore posted in similar quarter last year. 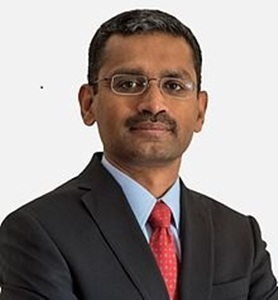 The board of also declared a final dividend of Rs 18 per equity share.
Tata Consultancy Services (TCS) has reported a net profit of Rs8,126 crore for the fiscal fourth quarter ended 31 March, up 17.69 per cent against Rs6,904 crore in same period last year and up by a marginal 0.26 per cent compared with the Q3 profit of Rs8,105 crore.
The country's largest software exporter said its revenue from operations in Q4 stood at Rs38,010 crore, up 18.49 per cent from Rs32,076 crore posted in the year-ago quarter.
The board of Tata Consultancy Services also declared a final dividend of Rs18 per equity share.
In dollar terms, net income for the financial year 2019-20 increased 12.2 per cent to $4.5 billion.
Amidst strong order book growth, TCS said revenue for the fiscal 2019-20 stood at $20.9 million, up 9.6 per cent year-on-year and 11.4 per cent higher compared to the previous quarter.
Incremental revenue during the quarter compared to the previous quarter stood at $2.2 billion,TCS said, adding that its FY19 operating margin rose by 79 basis points to 25.6 per cent year-on-year.
Revenue for the quarter rose 8.5 per cent to $5.4 billion year-on-year. Digital revenue shot up by 31 per cent while operating margin declined slightly to 25.1 per cent.
"This is the strongest revenue growth that we have had in the last fifteen quarters. Our order book is bigger than in the prior three quarters, and the deal pipeline is also robust. Despite macro uncertainties ahead, our strong exit positions us very well for the new fiscal," Rajesh Gopinathan, chief executive officer and managing director, said.
“Our full spectrum digital transformation capabilities and thought leadership is what is driving the strong demand for our services, and making us the preferred innovation and transformation partner to our customers. Our Business 4.0™ framework has now become the de facto model for enterprises looking to embrace new technology-enabled business models, pursue new revenue streams or deliver superior customer experiences,” he added.
TCS saw its digital revenue for the quarter increase 28.6 per cent, up 50.6 per cent year-on-year.
The quarter also saw robust client additions – six new clients were added in the $100 plus band taking the total number to 44 while the number of clients in the $50 million plus band increased by two to 99, those in the $20 million plus band by eight to 215, those in the $10 million plus band by 21 to 371, those in the $5 million plus band by 37 to 532 and those in the $1 million plus band by 45 to 1008.
Net addition of employees during the year stood at 29,287 compared with the 7,775 added in FY 18. Total employee headcount stood at 424,285.
Employee attrition rate in the IT sector stood at 11.3 per cent.
Earnings per share for the fiscal FY19 stood at $1.19, up 14.0 per cent year-on-year.
“It is a very satisfying finish to a year marked by steady growth acceleration and order book expansion every quarter. The expanding scale and scope of our cognitive business operations engagements have been central to our growth. Our `Machine First’ approach and location-independent Agile methods are helping our customers reimagine their processes and underlying systems, participate in ecosystems and transform themselves into Business 4.0 organizations,” N Ganapathy Subramaniam, chief operating officer and executive director, said.
“Double digit growth, higher quality of the incremental business, and best-in-class execution capabilities have helped us expand our operating margin year on year. Our foresight in investing very early on in building digital skills and transformational capabilities has not only gained us market share, but has also resulted in our very resilient, industry-leading margin today,” V Ramakrishnan, chief financial officer, said.
The Tata group posted an 18.5 per cent rise in revenue during the quarter.
Ahead of the Q4 number announcement, the shares of the company closed on a flat note. The stock declined 0.26 per cent to close at Rs 2,013.75 on the BSE. On the NSE, shares of the company closed 0.31 per cent lower at Rs 2,013.05.
MORE REPORTS