TCS back in race to buy Perot IT business from Dell 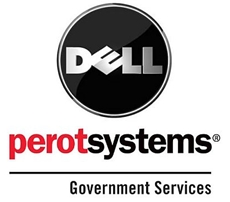 TCS had earlier called off talks with Dell as it felt the price Dell was asking for was too high, says the report. Dell was hoping Perot Systems to fetch more than $5 billion as the sale could help it trim the debt load on its $66 billion acquisition of data storage company EMC Corp.

Perot Systems, a major provider of IT consulting to hospitals and government departments in the US, was founded in 1988 by former US presidential candidate Ross Perot.

According to Brokerage firm Maybank, if TCS is able the clinch the Perot Systems deal, it will be "long-term positive" for the Indian technology service provider as it would enhance the size and reach of TCS in the US and help it to bid for bigger deals.

Perot generated about $2.6 billion in annual revenue when it was acquired by Dell in 2009, according to company reports. But its business failed to sustain because many of the core team left Dell and, more importantly, many of the contracts were underbid prior to the acquisition to raise the value.

"The challenge is that Perot's business is worth less than what Dell paid," said Ray Wang, founder of enterprise research firm Constellation Research.

Assuming that Perot's revenue increased at a compounded annual growth rate of 2-3 per cent, the IT management business may currently generate about $3.1 billion, according to David J Koning, senior research analyst at US-based Robert W Baird & Co.

The talks to acquire Perot Systems also comes at a time when the nearly $146 billion Indian IT industry faces a slowdown in traditional IT services areas such as application maintenance, infrastructure management, etc, which are major revenue generators for Indian IT firms.

Global IT majors like Cognizant Technology Solutions, NTT Data Corp of Japan and Atos SE of France were also competing to acquire Perot Systems, as per an earlier report by Reuters.

Dell has received bids from at least three companies - TCS, Cognizant and France-based Atos SE -and is finding it tough to get the price it wants, given that the value of the Perot business has depreciated over the years amid large-scale technology shifts, executives familiar with the discussions said.

TCS is reported to have bid a shade below $4 billion during its initial talks, Cognizant and Atos came up with $4.2 billion and $4.3 billion, respectively, reports quoted sources as saying.

TCS currently has revenue of over $16 billion annually while Cognizant generates a little over $12 billion in annual revenue. An acquisition of Perot would put Cognizant within striking distance of TCS and even help to potentially overtake it.

If TCS gets Perot, it will widen its lead over the rest and become more than twice the size of closest Indian rival Infosys, which currently generates close to $9 billion in annual revenue.