The Supreme Court has “validated” Tata Sons’ decision to remove Cyrus Mistry as chairman of the $100 billion conglomerate, putting an end to a protracted fight between the two once close groups. 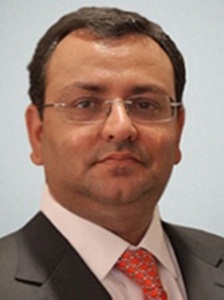 A bench headed by Chief Justice SA Bobde set aside the company law tribunal order that had reinstated Cyrus Mistry as executive chairman of Tata Group and said the decision to remove him was right. "All questions of law are in favour of Tata Group," said the judges.
The court also refused to entertain Shapoorji Pallonji (SP) group’s plea for fair compensation of their equity shares in Tata Sons.
It said that the value of SP group shares will depend on valuation of Tata Sons’ equities and that the SC would not get into determining what should be a fair value.
The court pronounced its judgment on the cross appeals filed by Tata Sons and Cyrus Investments against the National Company Law Appellate Tribunal (NCLAT) order which had restored Mistry as the executive chairman of the over $100 billion group.
"I appreciate and am grateful for the judgement passed by the honourable Supreme Court today. It is not an issue of winning or losing. After relentless attacks on my integrity and the ethical conduct of the group, the judgement upholding all the appeals of Tata Sons is a validation of the values and ethics that have always been the guiding principles of the group. It reinforces the fairness and justice displayed by our judiciary," Ratan Tata tweeted after the Supreme Court verdict.
The SP Group had argued that the removal of Mistry as the chairman of Tata Sons in a board meeting held in October 2016 was akin to a “blood sport” and “ambush” and was in complete violation of principles of corporate governance and pervasive violation of Articles of Association in the process.
Tata Group had opposed the allegations and said there was no wrongdoing and the board was well within its right to remove Mistry as the chairman.
The apex court had on January 10 last year granted relief to Tata Group by staying the NCLAT order of 18 December 2019 by which Mistry was restored as the executive chairman.
The Supreme Court directed both Tata Sons and Cyrus Mistry to take other legal recourse on the issue of shares.
Cash-strapped Shapoorji Pallonji Group had sought to pledge its shareholding in Tata Sons to raise funds. The Tata Group objected to this and won a stay from the Supreme Court.
Tata Group says it's open to buying out the stake held by the Mistry family, its largest minority shareholder, as part of a proposal to help end the dispute. This could lead to ianother commercial battle between the two groups.
MORE REPORTS