Tata Group, which was earlier reported to be looking at buying a stake in cash-strapped Jet Airways India Ltd, is now conducting due diligence on the airline, according to a Bloomberg report. 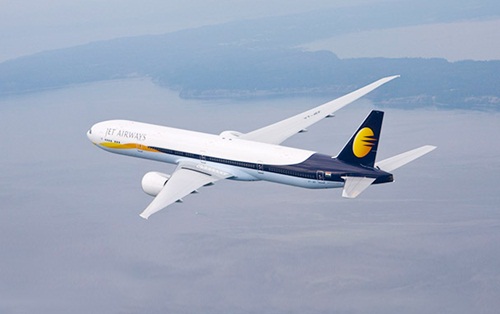 Tata Sons, which already owns majority stake in two airlines – Air Asia India and Vistara – is now looking to expand its footprint in the country’s growing air travel sector, according to people familiar with the matter.
A Mint newspaper report quoting sources close to the development said Tata Group chief financial officer Saurabh Agrawal and Jet Airways chairman Naresh Goyal are negotiating a potential stake sale, adding, however, that talks are still in the early stages and there’s no certainty they would result in a transaction.
While there was no formal word from either Jet Airways or Tata Group, a successful deal would lead to Tata’s acquisition of a stake in Jet Airways, the latter needs immediate cash injection to pay much delayed salaries to employees and payments to aircraft leasing companies, in order to stay afloat.
Earlier reports had said that the Tata Group is not interested in having joint control and part-ownership as it does not sync with the company's plan for a "scalable airline" venture. The company has also made it clear to representatives of Jet Airways that there is no part deal - either sell the entire company or its aircraft and infrastructure or there's no deal.
(See: Tata Group eyes controlling stake in Jet Airways)
Jet Airways, the country's biggest full-service carrier, on Monday reported a Rs1,297-crore Q2 loss, its third straight quarterly loss, hurt by higher fuel costs and a weak rupee, compared with a profit of Rs49.6 crore a year earlier, the airline said.
The airline is struggling to survive in a market where intense competition has depressed fares while high fuel prices - made expensive by local levies - negate gains from a surge in air travel, besides the effects of a weakening rupee.
The Mumbai-based carrier hasn’t made a profit in nine of the past 11 fiscal years. Besides pledging to cut costs, its board in August proposed to pare debt and sell the airline’s stake in JetPrivilege, a loyalty programme.
MORE REPORTS