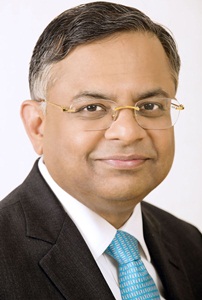 The diversified Tata Group, which owns majority stakes in two airline joint ventures - Vistara and AirAsia India - is now looking to expand its presence in the aviation sector.
The salt-to-infotech group is reported to be in talks to acquire the entire 51 per cent stake that Naresh Goyal and his wife owns in the country’s top airline. UAE-based carrier Etihad also holds 24 per cent stake in Jet Airways.
Jet Airways is in deep financial strain and has even delayed payment of salaries to staff.
The proposal from Tatas, however, is in the preliminary stage, and ,according to reports, initial talks seems to have failed as Tata Sons has rejected Jet's proposal of 26 per cent stake and board level positions.
The Tata Group is not interested in having joint control and part-ownership as it does not sync with the company's plan for a "scalable airline" venture. The company has also made it clear to representatives of Jet Airways that there is no part deal - either sell the entire company or its aircraft and infrastructure or there's no deal.
Jet Airways spokesperson, however, refuted news reports to the effect, saying the news report was "totally speculative".
Reports said an earlier investment proposal by US investment company TPG Capital had also declined Jet Airways' similar offer of part ownership.
The Tata Group, which already has two joint ventures with Singapore-based Vistara and Malaysia's low-cost carrier AirAsia, is trying to increase its footprints in the aviation space. Group chairman Natarajan Chandrasekaran had in April hinted at adding another airline to its aviation business.
For Jet Airways, which is mired itself in alleged falsification of accounts and suspicious transactions and has failed to pay salaries to employees for the past few months, a turnaround strategy would come only with fresh investments.
Credit rating agency ICRA has already downgraded its long-term borrowing programme and no lender would extend credit to the airline now.
MORE REPORTS