More reports on: In the news, M&A, Aviation 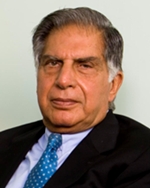 As family patriarch Ratan Tata takes back the controls at the Tata Group after a boardroom coup this week, one sector is cheering his - albeit interim - return: the group's airline ventures, both lagging competitors in India's market.

According to a Reuters report, industry executives and analysts say they expect loss-making Vistara and AirAsia India, both part-owned by Tata, to enjoy fresh cash and expansion plans as low fuel prices and Indian government policy drive a boom in air travel.

"Now he's back, we'll see him taking aggressive steps," said Mark D Martin, chief executive at Martin Consulting, adding this could include growing other ventures such as Taj Air, a charter company also owned by the Tata group.

Tata Sons, which controls Tata's listed businesses, has said Ratan Tata's return from retirement is temporary, and denied the move would mean any extra focus on the airlines - other than for business reasons. "Both businesses are completely focused on enhancing their market positions," a spokesman said.

But analysts say the move will have a longer-term impact, with the family reasserting its influence in day-to-day operations.

Tata agreed to invest an estimated $60 million into the two airlines when they launched, mostly into Vistara.

The two airlines have a combined India market share of around 5 per cent - dwarfed by more established carriers like InterGlobe Aviation's budget airline IndiGo.

The Tata family has a long history with aviation. Ratan Tata's predecessor was India's first qualified pilot, and Tata's first airline was later nationalised as state carrier Air India. Ratan Tata, insiders said, fulfilled a long-held dream when he pulled the group back into the aviation sector in 2013.

Ousted chairman Cyrus Mistry, who replaced Tata in 2012, was less keen, however. In a leaked letter to the Tata board earlier this week, Mistry said he had opposed Tata's 2013 partnership with Malaysia's AirAsia Bhd to launch AirAsia India.

More than a year later, Tata started a second airline, Vistara, in partnership with Singapore Airlines.

Mistry's blistering letter portrayed Ratan Tata, 78, as a man who cast aside his advice and bulldozed through major decisions. Mistry considered the airlines to be proof that he had his hands tied as chairman, illustrating how Tata still pulled the strings even after retiring.

"It is on his advice that the Tata Sons board has increased the capital infusion in the (aviation) sector at multiple levels of the initial commitment," Mistry wrote.

Tata has not detailed its most recent capital infusion, but media reports have said it increased its stake in AirAsia India over time to 49 per cent from 30 per cent for an undisclosed sum.

In Vistara, 51 per cent-owned by Tata, media reported last month Tata approved injecting an additional $37 million alongside Singapore Airlines, which would bring the total equity by the joint owners to around $150 million.