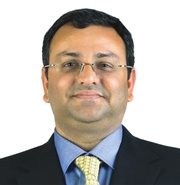 The Securities and Exchange Board of India (Sebi) is looking into the high profile Tata Group-Cyrus Mistry row for any possible breach of corporate governance norms and listing regulations at various listed companies of the group.

The market regulator is looking into the disclosures made in the purported letter written by Mistry to Tata Sons' board members, which cited financial and other irregularities as also lapses on the corporate governance front, sources said.

Stock exchanges are also keeping an eye on the price movements and trading activities of over two dozen listed companies of Tata group, which have seen an erosion in value in the last two trading sessions after the surprise ouster of group chairman Cyrus Mistry.

The companies have also been asked to explain "whether such event / negotiations / article stated in published news were taking place?

Stock exchanges and the regulator are looking at possible failure by the Tata Group companies to disclose losses and writedowns following Mistry's revelations that the salt-to-software giant may face Rs1,18,000 crore in writedowns because of five unprofitable businesses he inherited.

Mistry claimed that he inherited a debt-laden enterprise saddled with losses and specifically targeted Indian Hotels Co, passenger-vehicle operations of Tata Motors, European operations of Tata Steel and part of the group's power unit and its telecommunications subsidiary as "legacy hotspots."

In a five-page letter / mail made available to the media, the ousted chairman of Tata Sons contended that he was pushed in a position of "lame duck" chairman. He also alleged of changes in decision-making process which created alternate power centres in Tata Group.

Mistry further said he was promised a free hand when he was appointed chairman in December 2012 but Articles of Association were modified, changing the rules of engagement between the Tata family trusts and the Board of Tata Sons.

On the corporate governance issues Mistry alleged that representatives of family trusts, which hold two-thirds of Tata Sons shares, were reduced to "mere postmen" as they left board meetings midway to "obtain instructions from Mr Tata."

On Monday, 24 October, Tata Sons removed Mistry as the chairman of the company and appointed Ratan Tata as the interim chief for four months, without giving any specific reason. Company sources said it was in ''long-term interest'' of the company.

He also called on the CEOs of group firms and asked them to go about their business as usual and not be distracted by the change at the top.