Japan's Toshiba Corporation has signed a deal to sell its prized memory-chip unit to a group led by US private-equity firm Bain Capital LLC for ¥2 trillion ($17.7 billion), ending months of uncertainty over the technology giant's efforts to repair its damaged finances. 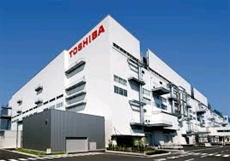 The board of Toshiba Memory Corporation, a wholly-owned subsidiary of Toshiba, today approved the sale of the company to K K Pangea, a special purpose vehicle formed and controlled by a Bain Capital-led consortium.

Toshiba also announced the share purchase agreement with Pangea, under which Toshiba Corporation will sell all shares of TMC to Pangea for two trillion yen ($17.7 billion).

Toshiba said the sale price is based on the estimated debt, working capital expenditures by Toshiba and TMC and that any discrepancy with the purchase price agreement will be  addressed by a purchase price adjustment after the closing of share price.

Toshiba has three joint ventures with SanDisk LLC, a subsidiary of western Digital, which include Flash Partners Ltd, Flash Alliance Ltd and Flash Forward Ltd and certain joint investment in equipment used at TMC's Yokkaichi facilities in the production of NAND Flash memory.

After the TMC shares are transferred to Pangea, Bain Capital and TMC management will lead TMC's business operations, it added.

As per the agreement, US investors will not acquire any common stock or voting right over TMC. In addition, S K Hynix will be firewalled from accessing TMC proprietary information and will not be permitted to own more than 15 per cent of the voting rights in Pangea for 10 years.

Innovation Network Corporation of Japan (INCJ) and Development Bank of Japan (DBJ), which operate as neutral, independent organisations dedicated to promoting industrial competitiveness, have also expressed interest in investing in Pangea or TMC at a later date, subject to satisfaction of certain conditions, Toshiba said.

Toshiba has been forced to sell its prized memory chip unit following heavy losses at its US nuclear business unit Westinghouse that landed the company in a financial mess, involving billions of dollars in liabilities.