US chipmaker Western Digital Corp has moved a court to block Toshiba Corp from selling its chip business without its approval in a move, if it succeeds, is likely to derail the auction. 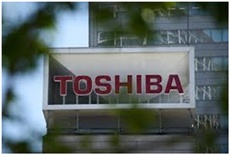 Western Digital has asked a San Francisco state court to put the sale on hold while it pursues arbitration, which generally takes 16-24 months to resolve, according to analysts.

''Toshiba has no right to offer to transfer its joint venture interests to a third party and has no ability to enter into any transaction with a third party without obtaining our consent,'' Western Digital said in the statement.

''We are confident in our ability to protect our interests and rights.'' said, Steve Milligan, CEO of Western Digital in a statement.

"Left unchecked, Toshiba would pursue a course that clearly violates these rights," he added.

Debt laden Toshiba is seeking to raise at least ¥1 trillion ($8.8 billion) from the sale of its majority stake in the joint venture in order to save the group from the impact of a $6.3 billion write-down at its US nuclear business.

The Tokyo-based electronics appliance maker's estimated loss from its nuclear business in the US stood at about ¥700 billion, while its capital stood at ¥360 billion at the end of September 2016.

Western Digital is reported to be planning to table a 2-trillion yen bid, but Toshiba is sceptical because of the financing and conditions attached to Western Digital's likely offfer.