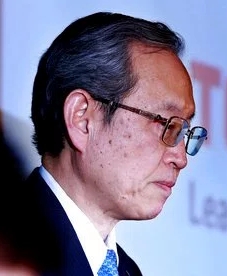 As troubles at the 142-year-old Japanese conglomerate grew deeper, the company warned it may not be able to hold on to business because of losses from its Westinghouse Electric nuclear business.

The warning comes less than two weeks after Toshiba announced it was booking a $9.2-billion loss as its US subsidiary Westinghouse Electric filed for bankruptcy.

In a filing with the Tokyo stock exchange, Toshiba said losses associated with Westinghouse Electric subsidiary had created "substantial uncertainty" over its ability to continue as a going concern (Toshiba to file for bankruptcy as Westinghouse losses mount to $9 bn).

The declaration, coming at a time when Toshiba is seeking to sell a portion of its coveted microchip business to raise cash and stave off disaster, could further devalue Toshiba (Toshiba seeking $8.8 bn for majority stake in chip business: report).

In an unaudited financial report, Toshiba had projected a ¥1.01-trillion ($9.2 billion) loss for the fiscal year that ended in March, against the ¥390 billion loss forecast in February, because of the troubles at Westinghouse.

Four nuclear reactors Westinghouse is helping to build in South Carolina and Georgia are behind schedule and billions of dollars over budget.

Toshiba said its recent financial losses have reduced its assets, resulting in downgrades by credit rating agencies and a breach in the terms of some loans. In addition, the Japanese company said it counts on a special construction business licence from the Japanese government and warned that a renewal after this year depends on meeting certain financial criteria.

Troubles at Toshiba, an industrial giant that produces everything from hair dryers to giant gas-fired electricity turbines, as well as nuclear reactors,  are a big blow to Japan, a country that once dominated a range of products and technologies.

Besides losses at Westinghouse, Toshiba has also been hit by a spate of problems in core businesses as well as a scandal over falsified profits that came to light in 2015.

Toshiba had hoped that the planned sale of shares in its chip division, its crown jewel, would alleviate the uncertainty over its future. But, it is not clear how much of the business it will sell or how much it would fetch.

"We will do what we can to avoid being delisted from the stock exchange," Satoshi Tsunakawa, Toshiba's chief executive, said at a news conference after apologising to shareholders for Toshiba's latest worrying turn. The company reported financial details for the quarter that ended in December after multiple delays and disputes with its auditors.

its auditors have refused to certify Toshiba's accounts - a highly unusual signal of doubt about the company's ability to recover its financial health.

Toshiba's costs also soared after the nuclear disaster in Fukushima because of growing safety concerns and stricter regulations. Toshiba still faces the challenge of decommissioning the plant, which sank into multiple meltdowns after the 2011 tsunami in northeastern Japan.