Several suitors are in the race to buy the medical equipment unit of Toshiba Corp, which would be valued at more than $3 billion. 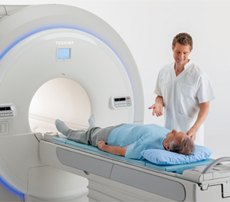 Private equity firms KKR & Co has teamed up with Mitsui & Co, Permira has joined hands with Konica Minolta Inc and Carlyle Group has teamed up with Sony Corp to bid for Toshiba's medical business that had sales of sales of ¥287 billion last year and net profit of ¥22.9 billion.

Also in the race are Canon Inc and Fujifilm Holdings, while State-owned Development Bank of Japan is also mulling tabling a bid, with the intention of teaming up with a successful bidder, Reuters today reported, citing people familiar with the process.

Toshiba is seeking to sell a controlling stake in Toshiba Medical Systems, a unit that bidders think could be valued as high as ¥400 billion  ($3.4 billion), the report said.

The first round of bidding will close on Friday, the report added.

Toshiba had in December said it is considering the sale of Toshiba Medical Systems Corp in order to focus on its semiconductor and nuclear power businesses.

Toshiba, whose businesses presence spans a wide range of sectors from home electronics to nuclear power stations, is recently recovering from a $1.2-billion accounting scandal that caused the company to restate earnings for more than six years.

The Tokyo-based company sold its image sensor business to Sony Corp, its 4.6-per cent stake in Finnish elevator maker Kone Oyj for $946 million, and has also started the process of selling part of its chip business as part of the Japanese company's restructuring plan.