Finnish elevator company Kone has submitted a non-binding offer to acquire the elevator technology business of German’s ThyssenKrupp, as requested by the latter, for 17 billion euros ($18.9 billion), the highest bid so far. 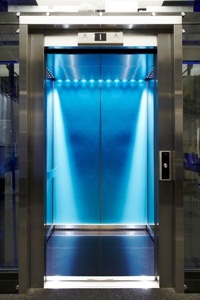 The offer represented a premium of about 1 billion euros (844 million pounds) over the best offer from leading competitors from the private equity world, according to reports.
Kone said the value of its non-binding offer is reasonably close to the value circulating in the media. The proposal is based on certain assumptions about the business, and the terms of a potential binding offer could deviate from the current non-binding offer, it added.
Kone said its interest towards ThyssenKrupp’s Elevator Technology business is based on Kone's view regarding the highly complementary geographical footprint of the businesses, substantial value creation on offer from synergies, and joint innovation potential in an operating environment increasingly shaped by digitalisation.
“Offer size alone is not enough,” said labour leader Knut Giesler, deputy supervisory board chairman of Thyssenkrupp’s elevator unit and a member of the powerful IG Metall union. Workers fear that a sale to Kone could result in substantial job cuts.
“It has to be a safe deal, a safe transaction for the remaining part of Thyssenkrupp and there have to be assurances for the employees of the elevator division,” Giesler added.
He said all options had to be kept open on the unit, including a selling it to a strategic player, a private equity firm or listing on the stock exchange.
“It’s a beautiful gamble at the moment and one where you don’t show your cards too early,” Giesler said, confirming Japan’s Hitachi also submitted a bid. He said a buyer would likely be picked at the middle or the end of February.
Other bidders for the elevator business include a consortium of buyout groups Advent and Cinven and the Abu Dhabi Investment Authority, which are working with Germany’s RAG Stiftung.
There is also a bidding team consisting of Blackstone, Carlyle and the Canada Pension Plan Investment Board and a third group comprising Canada’s Brookfield and Singapore’s Temasek.
KONE said its discussions with Thyssenkrupp have been non-exclusive, and there is no certainty that the discussions will lead to any agreement or transaction. Should the discussions lead to any relevant agreement between the companies, KONE said, it would publish further information on the matter in due course.
KONE, a global leader in the elevator and escalator industry, provides elevators, escalators and automatic building doors, as well as solutions for maintenance and modernisation. In 2019, KONE had annual sales of EUR 10 billion, and at the end of the year approximately 60,000 employees. KONE’s class B shares are listed on the Nasdaq Helsinki Ltd. in Finland.
MORE REPORTS