Israeli generic drug giant Teva Pharmaceutical Industries Ltd is preparing to sell assets worth around $2 billion in order to win US antitrust approval for its $40.5 billion acquisition of Allergan Plc's generic drug portfolio, Reuters today reported, citing a source familiar with the matter. 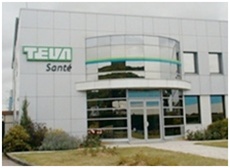 Teva has found buyers for nearly all of the assets it expects to divest, which include around 50 drugs already on the market and 25 in development that treat illnesses ranging from cancers to respiratory disease and central nervous system disorders, the report said.

Teva is still in the process of finding buyers for one set of assets, a bundle of drugs in various stages of development worth about $500 million, but expects to agree to a deal as soon as next week, the report added.

In July last year, Teva struck a deal to buy Ireland-based Allergan Plc's generic pharmaceuticals business for $40.5 billion in cash and stock, the largest-ever acquisition by an Israeli company. (See: Teva in $40.5-bn pact to buy Allergan's generics, ends Mylan bid) Since it is based in Israel, Teva stands to gain huge tax benefits if the Allergen generic unit deal succeeds.

The deal has already been approved by European antitrust regulators after Teva agreed to divest a majority of Allergan's current generics business in the UK and Ireland, while in will sell its own business in Iceland.

The US Federal Trade Commission (FTC) has held back clearance until June, well after the end-of-March timeline, and is waiting for Teva to offer a list of fairly extensive divestitures.

Established in Jerusalem in 1901 by Chaim Salomon, Moshe Levin and Yitschak Elstein, Teva started out as a small wholesaler of imported drugs. The company has since come a long way to become the biggest corporation in Israel and currently has a market cap of $48.9 billion.

Though a generic giant in the industry, Teva has recently lost market share to rivals like India's Sun Pharmaceutical Industries.

Teva CEO, Erez Vigodman has been looking for acquisitions after the patent expiry last year of its best-selling branded drug for multiple sclerosis, Copaxone, which accounted for $3.1 billion or nearly 20 per cent of its $15.1 billion in revenue last year.

Last year the US Food and Drugs Administration approved the first generic version of Copaxone, which could wipe out a third of the drug's sales by 2018, although Teva has switched its patient onto a version with longer-lasting effects.